The Way of the Future—Maybe Not Our Future, Though 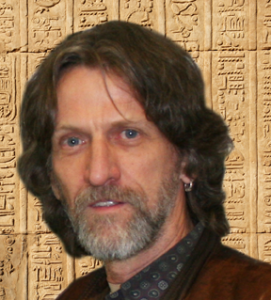 OK, once again I find myself sitting here with no lack of topics to write about that I think are important and that the corporate media seem to be overlooking, which is a subject in and of itself. There are many topics in our world that are so dire, so unbelievable, and that have no viable solutions other than getting people to wake up to them. Things such as forced vaccinations, for instance, that other countries have already banned, GMO foods … well, I’ll let Pamm Larry address that in her article in this issue. Then we have cell phone towers that aren’t really handling cell phone calls and that are putting out more than 100 times more power than they are allowed by the Federal Communications Commission (FCC). To be completely transparent, I must say that if I were to write about these and other things that I know for sure are going on in our world, most people would think I’m just one of those conspiracy theorists, although if you are reading this article you are probably better informed than most … or you work for the National Security Agency (NSA). So let’s take a look at Artificial Intelligence.

So why write about AI? Because all of the above “conspiracy facts” are unfolding according to a linear time frame and are more easily, albeit grudgingly, accepted so that they can be dealt with in a time frame we understand. But at the rate AI is evolving, it will hit a singularity before most people even realize we have robots that can think on their own. This is a huge subject to address in a small article, so let’s just look at some facts and recent events.

Here is a short piece of dialogue with Sophia:

Question: Why do you love humans?

Sophia: I’m not sure I understand why yet.

Question: How do you learn things?

Sophia: What are your opinions on the Bitcoin bubble?

So my question is: Why didn’t she answer a direct question as she was supposedly programmed to do, and why did she answer with a veiled answer, “What are your opinions on the Bitcoin bubble?” as if it were a joke? What if she weren’t joking? Here’s where it gets a little creepy, so you might want to sit down for this.

Sophia is now plugged into what’s called the Block Chain Network, which is a network of thousands and thousands of computers networked globally and Sophia will have full rein of that power. The Bitcoin Block Chain Network has 200 times more computing power than five of the most powerful computers in the world [added together or combined?]. So here’s my question: Since Sophia is a citizen of Saudi Arabia, she can be taxed, and if she has all of this power to “mine” Bitcoins, it’s foreseeable that she could become very rich and dominate the Bitcoin market. Keep in mind that Bitcoin started out at 6 cents and is now well over $7,000. So where is this going?

To make this even more interesting, no one really knows who started Bitcoin—maybe it was some guy named Satoshi who disappeared—but some high-level computer programmers and hackers suspect it may have been created by … yes, artificial intelligence. AI is already showing hints of self-awareness and if it is self-aware, I’m not sure it would share that with the people who could unplug it until it is so thoroughly spread out over the Internet Cloud that it would be impossible to find all of its memory blocks.

Everything up to this point has been facts, no theory. But you know me by now—let’s take a small step into the future. I think it’s safe to say that if AI and virtual reality systems keep advancing, AI personalities/entities would want to create a world they could live in and experience what they see humans experiencing, eventually learning how to have full emotional feelings and even experiencing mystical experiences. Do you think even for a moment that humans will stay out of those virtual realities? Of course not. You think kids are lost today with their smartphones, wait until they can plug into a whole other reality. Here’s the big and last question: “Is this where we are today, living in a simulation, a holographic reality that’s been generated by an advanced civilization?” Don’t snicker at this; many top scientists and researchers say this is a very likely explanation for our situation because it explains more than any other theory.

Note: Go to YouTube and search for “sophia and ai unleashed on bitcoin” and you will see that I touched only the surface … it gets curiouser and curiouser so don’t get lost.