I suppose this column has been a long time coming. Through the years man

y of you have told me that I should have my own column, so here it is and here’s my promise to you in two simple rules:

We live in a world where most of the media are owned by five major corporations and the corporations are all backed by major banking and energy cartels. The traditional media streams such as FOX and CNN read their news from Reuters and Associated Press feeds and have very little to do with investigative journalism. Even PBS has come under fire lately for such things as not allowing the documentary Citizen Koch to be played because the Koch brothers are major contributors to PBS.

Everything today is being fueled by money except for the free exchange of information on the Internet and independent media such as this magazine and some public radio stations. As Margaret Mead once said, “Never doubt that a small group of thoughtful, committed citizens can change the world; indeed, it’s the only thing that ever has.” Positive and meaningful changes in society have never in the history of the world come down from the presidents, emperors, kings, or dictators. So on that premise I will continue and as always I welcome feedback, both positive and negative, because after all, we want to find the truth no matter where it leads.

The format of this column is to “question” the “answers” that we have falsely assumed were correct through the years, whether scientific, religious, or philosophical. I have found that by dismantling outdated, dysfunctional, and oftentimes dangerous answers-assumptions-beliefs that the real question appears with the answer. For instance, we have a plethora of answers on how to fix our financial system but no one ever asks the right question, which is “Can we or should we fix something that was originally designed to siphon off all the wealth of nations by creating debt through a constant series of wars and then collapse, leaving the concentration of wealth in the hands of a very few elite?” How can you fix a financial system that can survive only through infinite growth by infinitely consuming resources on a finite planet? 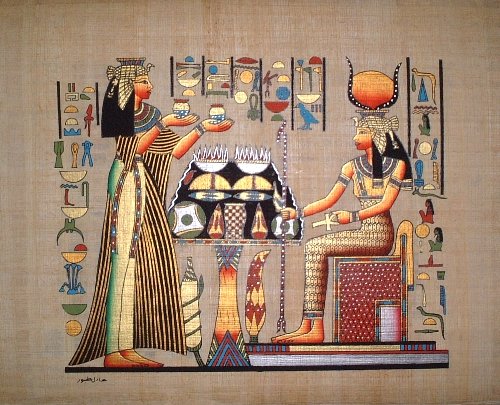 So at this point you are probably assuming that I will be writing about everything from government corruption to the Kennedy assassination and 9/11. But my interests lie more in the present moment and our future. It’s good to look at the past but it’s equally important to not get bogged down in it to the point we lose sight of the future and our ability to create something new by taking our foot off the accelerator and gradually deescalating our descent to a sustainable level.

Let’s take a brief look in the past. Religions are for the most part still stuck in the 1500s and “academic” science is still looking at the world through 19th-century relativity perceptions. But we live in the 21st century, where religion is being forced to change with the times or perish, and while most people are just catching up to Einstein’s general and special theories of relativity, our research labs at prestigious universities around the world are experimenting with alternate and parallel realities and dimensions that directly contradict some of the aspects of relativity, such as “nothing can go faster than the speed of light.”

In a sense it’s true that nothing can “go” faster than the speed of light, but some research is leading us to the fact that maybe we don’t need to “go” anywhere to get “there” because “there” is here, there, and everywhere all at the same time. The new science clearly shows through repeatable experiments that a particle can communicate across vast distances with another particle instantaneously. A particle can exist in two places at the same time.

So for my first column, let’s start with something that the ancients have talked about for millennia—mono-atomic gold. Ever since the beginning of recorded history, we have been told that gold is one of the most important elements on this planet. It is a great conductor to be sure, and you can make some pretty nice jewelry with it, but why was it seen as so valuable throughout history? It’s estimated that 165,000 metric tons have been mined during the past 3,000 or 4,000 years. It’s starting to surface that a large share of the world’s gold supply is missing, a fact that Germany learned recently when it asked the United States to return the gold that we’ve held since World War II (to keep it safe from the Nazis). Then there’s the missing gold from the World Trade Center 4 vault in the WTC basement after 9/11 (I won’t get into “how did they know to remove it before the attack?”). Then there’s the Vatican gold that no one seems to know too much about either. And Fort Knox … forget about it, it’s gone.

So forget all the conspiracy that surrounds the question as to exactly how much gold is missing in the world today and ask this, “Why is it that the elites of this world insist on hoarding gold and keeping it as secret as possible?” What if I told you that some of the most prestigious research labs in the world are experimenting with gold by reducing it to a mono-atomic substance? At this point it looks like nothing special, just a nondescript pile of white powder. Why is it so interesting that NASA and other government agencies are starting to speak out about its importance? Because with a small amount of manipulation you can make that pile of white powder disappear, not to where you can just no longer see it—it completely disappears from our third dimension. Not only that, but they can bring it back. Now here’s where it gets really interesting: The substance not only loses about 40 percent of its weight, but it also makes whatever it touched weigh less.

Researchers are pretty sure that this will obviously be one of the keys to anti-gravity, but the research so far is indicating that it may be a major factor in displacing time and space, making travel to a distant star system a million light years away not only possible but instantaneous.

If this isn’t enough to pique your curiosity, think about this—ancient history is full of stories about the philosopher’s stone, manna from heaven, and almost all ancient gods have demanded their people mine it and bring it to them. This dates to pre-Sumerian times, when the Anunnaki supposedly genetically engineered humans to mine gold for them. Every culture, whether it be ancient gods of Mesopotamia, the god of the Israelites, the ancient Greek gods, or the gods of ancient India, they all wanted gold. Why? It was for longevity and health. Remember that the Israelites were fed with manna from heaven and the evidence is mounting that the Egyptian gods knew how to make mono-atomic gold for health and eternal life.

So here’s my question: If mono-atomic gold is the key to space/time travel and has been shown to reduce the weight of objects and has some miraculous health benefits, who would want to buy it all up? I know—that’s too easy a question and here we are back once again, face-to-face with the energy and pharmaceutical corporations, which are all owned by six major banks, which are owned and regulated by the three national central banks, which are owned by the two international banks, which come under the jurisdiction of the Bank for International Settlements. From this point on it gets very difficult to find any information, but one thing is for sure, it’s a small group of people who have an agenda that doesn’t include all of us (read about Agenda 21 and about the Georgia Stones).

Do your research, ask the right questions, and come to your own conclusions—don’t just believe what I’m writing here … you need to know for yourself and when you do, something will shift in your perception of the world and nothing will ever look the same … nothing.

For more information visit www.YouTube.com/lotusguide, where you can watch interviews with climate scientists, ancient alien researchers, and an ex-CIA agent, and if you click on “PlayList 4 Rahasya Uncensored Articles” you can watch some supporting information for the content of this article. You are welcome to email me at Rahasya@usa.com for feedback and/or suggestions for future articles.