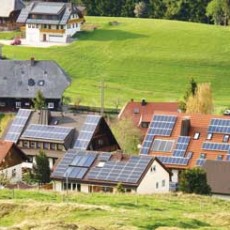 So much politics surrounds this question that it takes a lot of investigation to get … well, let me be honest, “confused.” Saudi Arabia is thought to have a never-ending supply of oil, according to the Saudis, but many experts suspect that they are lying because they are in the planning stages of making solar energy account for 20 percent of their energy consumption … by the year 2032, which most see as too little too late. According to Nasser Qahtani, who is the vice governor of regulatory affairs for Saudi Arabia’s Electricity & Cogeneration Regulatory Authority, Saudi Arabia spends more than 10 percent of its GDP on subsidies for energy, which ends up promoting energy waste within the country. This equates to around $80 billion per year, which is more than a third of the kingdom’s entire budget. Obviously this is not a sustainable situation.

British Petroleum (BP), you know, the company that continually lies and seldom, if ever, takes responsibility for its accidents, says that we have 53 years left of reserve oil at today’s consumption rate. What’s strange is that BP says that as if it were a good thing because we have years before we really need to worry. It isn’t factoring in population growth or the fact that third world countries are on the fast track to “modernization,” which is an extremely misleading term.

I don’t have the space to really explain how insane all of the agencies and countries are when it comes to their estimates of oil reserves—let’s just say it is highly dependent on the politics of the day. There are a few facts I can see when it comes to oil.

So, you may be asking, “Where does Science FACTion enter into this?” Simple. Believe it or not, we have the technology to solve our energy problems. The real question is do we have the will? There’s one obvious alternative energy source that is literally glaring at us every day, which is solar energy. At this point, solar is the most viable option because it’s something we can do as individuals, because as Margaret Mead once said, “Never doubt that a small group of thoughtful, committed citizens can change the world; indeed, it’s the only thing that ever has.”

So what’s the problem—let’s do it? A lot of people are doing their part. Elon Musk, CEO of TESLA Corporation, built a $5 billion battery plant in Nevada that will start producing some amazing batteries in 2016. Ken Grossman of Sierra Nevada Brewing Company spent $12 million on solar arrays and is more than 80 percent off grid with his alternative energy systems; schools and businesses and private homes are transitioning over little by little and private contractors are stepping up to the plate.

When I look at a country such as Germany that gets far less sun than we do and see what it has done, I have to tell you, the United States needs to catch up and we can help by keeping our eyes open and talking with people who know the business and the politics surrounding it. At this point, I’m out of my depth but there are local companies that can answer all your questions when it comes to saving on your electric bill. You might want to read Rich Varlinsky’s article in this issue about that very thing called Going Solar