Integrative Health at the Federal Level

In December 2014, the leading federal agency on research in integrative medicine, the National Institute of Health’s (NIH) National Center of Complementary and Alternative Medicine (NCCAM), was renamed the National Center of Complementary and Integrative Health (NCCIH).[1] In 1998, NCCAM was established under the NIH and has been instrumental in funding scientific research into the “the usefulness and safety of complementary and integrative health interventions and their roles in improving health and health care.”[2] Both the current mission statement and the renaming of the NCCIH implies an understanding on the federal level that the wave of the future is to focus on promoting health and treating illness and chronic disease in an integrative way. NCCIH has a research database of complementary “health topics,” which covers nutritional and dietary supplements, herbs, and many health conditions. Both ongoing and completed research topics can also be found on the NCCIH website (https://nccih.nih.gov). 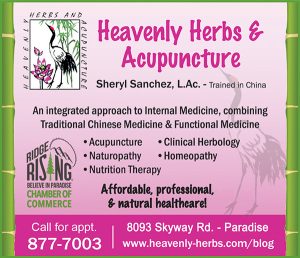 Integrative Medicine at a Top US Hospital:

Cleveland Clinic, rated one of the top hospitals in the nation for many years,[3] announced in 2014 that it would be the first hospital in the United States to offer Chinese herbal medicine to “round out its integrative medicine services.”[4] Top hospitals have been using integrated modalities such as acupuncture, massage, meditation, and yoga for years now.[5] Traditional Chinese medicine, which includes both acupuncture and herbal medicine, has a history of more than 2,000 years, has been used through licensed Chinese medicine practitioners in this country for at least 40 years,[6] and is taught formally through accredited universities throughout the world. The Cleveland Clinic announcement finally shows an acceptance of this medicine in our medical system. Allopathic physicians have been using acupuncture in their practices for at least 30 years in the United States.[7] Acupuncture has been integrated into many U.S. hospitals for about 20 years. For example, one of the largest HMOs, the Kaiser Permanente medical system,[8] started using acupuncture about 20 years ago[9] and Stanford University hospital also began to offer acupuncture around that time.[10] Kaiser also was the first HMO to cover acupuncture[11] and Stanford University offered its first acupuncture course almost 20 years ago.[12] To see how widely acupuncture is now accepted, note that the California Worker’s Compensation system has approved of acupuncture for treating injured workers for almost 30 years[13] and the Veterans Health Administration also has used acupuncture for many years, including for post-traumatic stress disorder (PTSD), and it has used “battlefield acupuncture” since 2001.[14]

In a move also announced in 2014, Cleveland Clinic is collaborating with the Institute of Functional Medicine (IFM) in treating patients. Functional medicine is a new paradigm of medicine that uses a systemic, individualized, patient-centered approach.[15] This approach combines allopathic medicine’s diagnostic techniques with current scientific nutritional research called nutrigenomics to determine the “root causes of illness” and to create a personalized treatment approach. Treatment is primarily through diet and nutrition, modification of lifestyle factors, including mental, emotional and spiritual, and healing through natural medicine supplements, although pharmaceutical approaches are used when absolutely necessary (most practitioners are MDs). This holistic medicinal approach has been around now for 25 years and was founded by Dr. Jeffrey Bland, a research biochemist. Dr. Mark Hyman is the family physician who made the public aware of functional medicine through his numerous, best-selling books on health and his appearances on the Dr. Oz show.[16] He is the director of the new Cleveland Clinic of Functional Medicine.

Americans: Do Not Assume OTC Drugs Are Safe!

Acetaminophen, known better by its brand name of Tylenol, is a commonly used over-the-counter (OTC) nonsteroidal anti-inflammatory drug (NSAID). In fact, through intense marketing to both the public and physicians since the 1950s, acetaminophen became “the nation’s most-used drug in the mid-2000s.”[17] However, according to U.S. Food and Drug Administration (FDA) research and to the maker of Tylenol itself, it has been known for more than 30 years that its overuse can easily lead to liver damage. In 2011, the FDA finally required the labeling of this drug to warn about liver toxicity (in addition to also warning of severe skin reactions, of which all “can be fatal,”[18] and the potential for allergic reactions). Actually, the labeling requirement from the FDA safety announcement said it was necessary to “highlight potential for severe liver damage.”[19]

This change in labeling about liver toxicity was very long overdue! It has come after hundreds of deaths per year, including those of infants and children,[20] and has caused thousands of emergency room visits and hospitalizations annually.[21] The FDA’s own expert panel stated in 1977 that it was “obligatory” that acetaminophen labeling state: “Do not exceed recommended dosage because severe liver damage may occur.”[22] This danger is extremely high with the consumption of alcohol and the combination of the two should never occur. This also was known as far back as the 1970s, and although the FDA proposed warning labels about this back then, it was not required on a Tylenol product until 1994. At that time, the maker then voluntarily added this warning to all Tylenol products.

Today the issue of the safety concerns about dosage amounts of acetaminophen is still open. New recommendations by a 2009 panel have not been put into place. Meanwhile, acetaminophen is in fact “the nation’s leading cause of acute liver failure, according to data from an ongoing study funded by the NIH.”[23]

The overall important issue is that NSAIDs are not very safe. Americans overconsume NSAIDs, which all have numerous side effects, but they are considered safe by the average person because they are available OTC. Additionally, physicians do not fully pursue other, safer pain-management techniques for patients. All NSAIDs are known to have potentially serious side effects, particularly gastrointestinal and cardiovascular effects. They also have the potential to impair kidney function.[24] New research even shows that acetaminophen can result in “second generation neurodevelopmental and behavioral disorders” and is a “hormone disruptor,”[25] so safety during pregnancy is also highly questionable. But the public can be protected, as is done in other countries. For example, “ten other industrialized nations limit acetaminophen’s availability OTC”[26] because of its liver toxicity. It would be prudent to institute these limits in the United States as well.

Recent research is now showing that the most commonly used OTC antihistamine, diphenhydramine (DPH), known by its brand name Benadryl, is linked to an increased risk of dementia. DPH is part of a class of drugs called anticholinergics. I learned about the effect of these drugs on patients’ cognition and memory a few years ago through a newsletter[27] that discussed the “Anticholinergic Cognitive Burden scale,” developed by Indiana University’s Center for Aging Research.[28] These drugs are called “anticholinergics because they interfere with the ability of a crucial brain chemical called acetylcholine (Ach) to attach to nerve cells.”[29] When the activity of this brain chemical, or neurotransmitter, is affected, cognition and memory also are affected. The very troubling part is that DPH (and another similar antihistamine) is also found in numerous OTC nighttime sleep and pain medications—every product that includes a “PM” in its name has this or a similar antihistamine in it. (DPH is in OTC sleep medications because of its very well-documented “side effect” of causing drowsiness!) The most commonly used anticholinergic medications besides antihistamines may be antidepressants, such as Elavil and Paxil, and medications for overactive bladder. However, the list of potential anticholinergics includes several different commonly used OTC drugs (for example, Zyrtec, Tagamet, and Imodium). The list also includes many prescription medications (for example, Xanax, Lasix, Soma, and codeine).

A safe alternative to both NSAIDS and antihistamines is the use of complementary and alternative medicine (CAM) options, including diagnosis and treatment via CAM professionals such as naturopathic doctors and acupuncturists. Using the individual, or patient-centered, approach, CAM professionals can prescribe many natural anti-inflammatories and analgesics from nutritional supplements, botanical medicines, or herbs that are safe and proven effective by research; they can even be obtained through health-food and supplement stores. There are ways to treat allergies, hay fever, and insomnia through these products as well. In fact, many plant-based products for pain have been commonplace in our society and now the average person has heard of curcumin (in turmeric), Boswellia, Arnica, or Hypericum (St. John’s wort).

Effective at the beginning of 2015, a new pain-management standard went into effect to include nonpharmacological treatment strategies such as acupuncture, chiropractic and osteopathic manipulation, massage therapy, and relaxation and cognitive therapy.[30] [31] This updated national standard of the Joint Commission[32] marks the first time nonpharmacological approaches were included. This decision was influenced by the PAINS Project, a “multidisciplinary task force” of 40 “main-stream pain-related organizations”[33] (for example, pain support groups for arthritis, TMJ disorders, interstitial cystitis, and a rare neurological disorder are members). The PAINS Project is a program of the Center for Practical Bioethics.[34] Last year, its policy brief, Never Only Opioids, was published.[35] Its focus was “The Imperative for Early Integration of Non-Pharmacological Approaches and Practitioners in the Treatment of Patients with Pain.” This document highlights that “present evidence is more than sufficient to support early use of non-pharmacological strategies, including complementary and integrative care,” noting that “integrative practices are already embedded in military medicine,” that “pain was viewed as the most effective treatment area in a survey of health system integrative medicine centers,” and that there are already almost 400,000 licensed practitioners in the country providing these services.

All of the advances in the integration of our standard allopathic system of medicine with CAM therapies will result in less reliance on both OTC and prescription pharmaceuticals, which is a very important progression for our health-care system, and this integration will have positive long-term health consequences in individuals. The overall health of people in this country will benefit thanks to those who pursue educating the populace about the benefits of CAM. Research has also shown that the cost of using CAM is lower or comparable to our standard health-care model today.[36] I personally can’t wait to see what the future holds in terms of advancing the health-care model in this more positive direction!

Sheryl Sanchez, L.Ac., owner of Heavenly Herbs & Acupuncture, has a successful integrated medicine practice, treating patients in her private practice with natural medicine modalities for more than 15 years. She has obtained clinical training and credentials in Chinese medicine, functional and biomedicine, naturopathy, homotoxicology, and nutrition, and she specializes in integrated internal medicine.

You can find the list of references for this article online at www.LotusGuide.com.

Note from Lotus Guide: Of course we need to add our obligatory medical disclaimer; the short version is simply to check with your doctor before making any medical decisions. That being said, we live in a world that is changing in ways that most of us can’t keep up with, but good health information is available from noncorporate media sources such as this and many other magazines. With good information you can make good responsible choices … it’s your life.

[32] The Joint Commission is a national organization that accredits and certifies most hospitals and more than 20,000 health-care organizations and programs, and it is recognized nationwide as a symbol of quality.

2 comments on “2015: The Current State of Integrative Medicine in the United States”