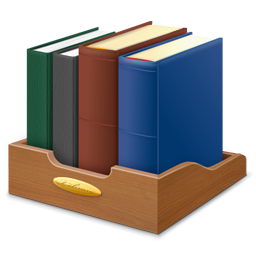 The broad-spectrum healing properties of colloidal silver have been known and used for centuries in folk medicine. The authors bring the knowledge into our modern times by presenting the scientific background and evidence of colloidal silver’s effectiveness as well as the chemistry and geology behind it. You’ll learn how it’s made and the many modalities in which colloidal silver can be of significant use. A third of the book is devoted to specific instruction for the treatment of common ailments for humans and other animals. In just 150 pages, this well-researched work will provide all the information you need to make your decision and begin its use.

Imagining the World into Existence: An Ancient Egyptian Manual of Consciousness

It wasn’t until I interviewed John Anthony West that I had the deep realization that direct personal experience is the key to understanding ancient Egypt; Normandi Ellis embodies this tradition with a writing style that leaves you with information and a slight sense of the wonder she experienced. This book made me realize that we are children playing on the shoreline of an ocean of knowledge lying before us and we are only ankle deep. The more I understand the more I realize that we are “imagining the world into existence” moment by moment.

Secret Medicines from Your Garden: Plants for Healing, Spirituality, and Magic

The art and science of herbal medicine can be daunting. Hopman, from the very first chapter, leads the reader into the sensory world of nature with the approach to identification and medicinal use that the ancients practiced before printed herbal compendiums. With one’s mind and heart thus opened, the breadth of wisdom and information that follows falls on freshly tilled soil. The reader will learn the sacred and the magical traditions of many cultures, wild-crafted and kitchen recipes, a system for prescribing and mixing formulas, scientific tables, resources and sources for further learning, and more. This is my all-time favorite herbalist’s reference. I couldn’t put it down.

The Omniverse: Transdimensional Intelligence, Time Travel, the Afterlife, and the Secret Colony on Mars

This was almost too much for even me to handle until I talked with people such as Jacque Valle, who told me that after more than 30 years of experience he would say that we are being visited by interdimensional beings, and later I interviewed Frank Jacob, who did the documentary Packing for Mars, in which he documents the Secret Space Program and the “breakaway society.” This book will take you higher on the “peak of perception” than you’ve ever imagined so be prepared for a breathtaking view of reality.

There Were Giants upon the Earth

This is a masterful recapitulation of his previous books, but with the addition of more recent evidence hidden away in places such as the Natural History Museum in London. Why would “they” hide evidence of an alternative human history? Simple; it will overturn almost every religious “his-story” ever written in the common era. There are large giant skeletal remains and alien DNA waiting to be shown to the world. Zecharia plows through myth and legend like a bulldozer armed with evidence and facts.

Treat Concussion, TBI, and PTSD with Vitamins and Antioxidants

Traumatic brain injury and post-traumatic stress affect 9.4 million Americans and carry an estimated annual cost of $20 billion. The good news from Dr. Prasad is that with attention to micronutrients there is hope for real advancement in treatment and recovery. Biochemical dysfunction is the secondary damage caused by brain injury and biochemical defects are responsible for the progression of PTSD. Micronutrients, vitamins, and antioxidants may reduce both the risk and the progression of these brain disorders when medication and counseling have proven unsatisfactory. This is a scientific work made accessible to the nonscientist with an extensive bibliography and nutrition tables and the energy of progress and possibility.