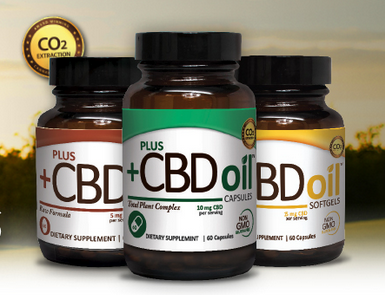 Cannabidiol, or CBD, has long garnered attention in the realm of natural products but has recently become more openly accepted among the medical community, and for good reason. From baby boomers to millennials, people from all walks of life are raving about the health benefits CBD can provide. If one looks into the history and science of hemp CBD, it’s no surprise that it’s a trending topic.

But what is CBD, exactly?

Despite the discovery of tetrahydrocannabinol (THC) being considered the birth of cannabinoid research, CBD was actually discovered before THC by a few decades. CBD was first isolated from Mexican Cannabis and Indian charas (a type of hashish) by Roger Adams and Alexander Todd, respectively, back in 1940. Not much was done with the compound from a research standpoint until Raphael Mechoulam revisited the compound on his way to elucidating the structure of THC.

Being a lipid, a fat, made CBD harder to study than other compounds such as morphine because it does not dissolve in water. However, its fatty nature allows the actions of CBD to be more nuanced around the body. While its being a fatty lipid poses some challenges for research, one advantage it does have is that it allows CBD to be readily absorbed in the body. It can be placed under the tongue, absorbed through the skin, or taken orally, offering many options for use. Because of this adaptability, CBD is present in many products, food items, and even beverages, and it’s only just begun.

Hemp CBD and the Endocannabinoid System

In just the past couple of decades, scientists have discovered an entire physiological network in the human body that researchers refer to as the endocannabinoid system (ECS). It comprises many different types of cannabinoid receptors, though just how many has yet to be established. The best-known subtypes are CB1 and CB2 receptors, often referred to as the central and peripheral cannabinoid receptors because of how they are distributed in the human body. CB1 receptors are primarily found in the central nervous system, such as in your brain and your spine, while CB2 receptors are more commonly found in your peripheral nervous system and immune system.

It is the activation of CB1 receptors in the brain that causes somebody to get “high.” THC binds to the CB1 receptor much in the same way that a key slides into a lock. You need a very specific configuration in order for the two to fit together. Change just one ridge in a key, and the lock won’t turn. The same concept applies to THC and CBD. At first glance, the two molecules look very similar. The difference between the two is that CBD has an open ring, whereas THC has a closed ring. While this is a subtle variation, it makes a world of difference in the human body. Because of that open ring structure in CBD, it will not bind effectively to the CB1 receptor, while THC will. Upon binding of THC, the CB1 receptor is activated, causing the psychoactive effects to occur. But since CBD won’t bind to the CB1 receptor, it doesn’t cause the same effect. In fact, the presence of CBD will inhibit the binding of THC to the CB1 receptor, which can significantly reduce the mind-altering effects of THC. 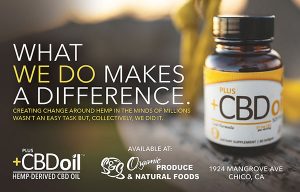 The first encounter with hemp (known to be of the Cannabis species of plant) was most likely in the steppes of Central Asia. It became one of our first domesticated plants—if not the very first—because of its usefulness as a fiber, the seeds as a food, and the oils for health, among other things. Researchers guess that the cannabinoid content back then may have been 1 percent CBD and 1 percent THC (tetrahydrocannabinol—the molecule that causes the psychoactive effect).

Hemp quickly spread around the globe and by the 19th century, it could be found in pharmacies worldwide. With hundreds of Cannabis products on the shelves in the United States, chemists began to wrestle with the components of the plant to try and figure how Cannabis provoked such a wide array of effects in people.

During years of research from the 1940s to the 1960s, prohibition turned the public and the authorities against marihuana—the term used to describe the psychoactive varieties of Cannabis that had been bred to produce more of the resin containing the cannabinoids. This “marihuana” type of Cannabis is quite different from the “hemp” type of Cannabis bred for fiber and food—but all the varieties of Cannabis got dragged into the same net. With the Marihuana Tax Act of 1937, possession or growing of Cannabis was criminalized unless someone obtained a new tax stamp for it. However, no stamp was ever issued.

By the end of the 1960s, few would have known that the agricultural hemp varieties of Cannabis had a long history of use in the early United States or that hemp has been growing wild for the last century in states such as Kentucky.

After many years of restriction, states began to pass their own laws to use wellness products containing Cannabis, most of which contained high amounts of THC. However, this sparked a new interest about hemp and other cannabinoids, paving the way for CBD. Finally, hemp found its shining moment when the 2014 Farm Bill passed, which included a pilot program to allow the planting of hemp and the sale of hemp-derived products. Because of this law, the industry exploded. It gained even more momentum with the 2018 Farm Bill, which included specific language to fully legalize hemp and hemp CBD.

Now, with all the new CBD products emerging, how do you choose the right one? Here are a few questions you should ask when choosing a CBD product.

Is the company committed to:

With CBD products becoming more available, millions are finally able to benefit from the homeostatic support that they provide, granted that they are of good quality. While we’re still learning more about CBD and laws are still being shaped in real time, the supportive effects of CBD on a healthy lifestyle cannot be denied.