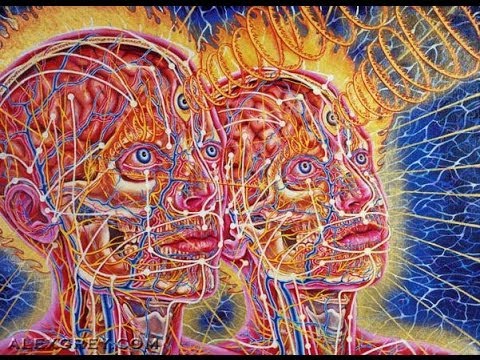 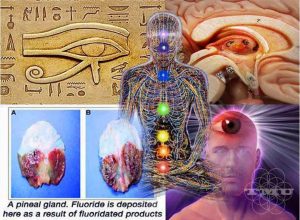 The pineal gland is known as the “third eye” or all-seeing-eye because it has been perceived that it can envision far beyond the physical eyes, allowing it to relate and interpret physical and emotional signals and vibrations of the body to the brain.

The pineal gland is named after the pinecone, which it resembles. Interestingly, the pine tree is one of the oldest plant species on earth. Since ancient times, it has symbolized fertility.

The function of the pineal gland that we know most about is its regulation of the circadian rhythm. This is related to melatonin and serotonin production and exposure of human retinae to sunlight.

The pineal gland congenially works with the thalamus, hypothalamus, and pituitary gland to govern various awarenesses, reactions, and sensitivities of natural biological processes in the body.

Because of its miniature size (0.3 inches) and weight (1/10 gram), anatomists doubted the gland’s existence until it was identified in 1958.

The degree of calcification is significantly high in Alzheimer’s disease and other dementias. This accumulation of “brain sand,” called corpora arenacea, is also associated with insomnia, lack of focus, inefficiency of healing, and chronic aches as seen in fibromyalgia.

Many recent studies have concurred that low levels of the neurotransmitters serotonin and melatonin were common among fibromyalgia patients.

Of note is that high levels of fluoride are detected in vitally important endocrine organs, including the pineal gland. Fluoride is one of the main toxins causing calcification of the pineal gland.

It is a known fact that the water supply of many public water systems is contaminated with fluoride and has been for several decades. Most toothpastes/mouthwashes contain fluoride, too.

If calcification is not treated properly, quality of life can be immensely compromised.

Inno-Vita’s Epi-Pineal, an herbal medicinal, is formulated to support the gland and its functions. Rather than partaking of melatonin, which may cause the body to develop a dependency, use of Epi-Pineal helps regulate and optimize the functions of the pineal gland in melatonin production, promoting an ideal sleep pattern.

It helps the body supply adequate levels of adrenergic neurons, sense epinephrine produced by the adrenal gland, and help the body and its organs receive enough energy to sustain and enhance daily activities of life.

Take Epi-Pineal with dy-NADH, as they both are designed to help the body elevate the level of energy and invigorate the quality of life.

Tamarind fruit, a key ingredient in Epi-Pineal, has provided evidence as a very effective detoxifier of fluoride in the pineal gland.

Chaga mushroom contains the densest melanin of any plant on the planet and is very effective in dissolving calcium and potassium deposits in the pineal gland. Chaga mushroom is beneficial in healing the damaged tissues of the gland.

Ginkgo biloba energizes and promotes the functions of the gland and helps supply adequate amounts of blood and oxygen to the pineal gland.

L-Theanine is helpful for normalizing a healthy circadian rhythm.

The neurons possessed by photominerals in kelp and spirulina can work as critical cofactors during the pineal gland and other organs’ decalcification process.

As the mysteries of pineal gland function are unveiled (for example, the production of the spirit molecule, DMT), it will become even more important to keep this gland in good condition.

At Chico Integrative Health, we can assess the function of the pineal gland and discover the source of the imbalance. Both condition and cause can then be addressed to markedly upgrade the pineal gland function.