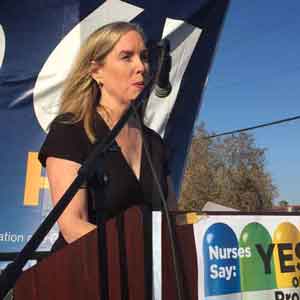 The short answer to this question is “apathy and greed.” But considering the fate of our children, our country, and the world, let’s look at some specifics that address the problem. I think it’s well worth our time to look deeply and seriously into this subject. 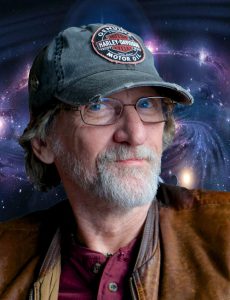 I was recently invited by Golden Road Television to speak at its event on the importance of independent media in today’s world. My talk focused on how we are living through a transition of power and that the Internet is the Gutenberg press of the 21st century, giving us all the opportunity for almost unlimited access to information. But I cut myself short to focus the attention on the amazing women who were speakers

on the panel. The question “How did we get here?” comes from a comment someone made at the event. We actually have mothers and fathers going into our school systems and asking, “Could you please stop spraying our children with toxic and carcinogenic poisons?” So how did we get here, when a question such as this doesn’t raise alarms? That’s where apathy comes in and in my opinion, the greed comes in from the corporations who are spraying us, but I think it’s more important at this point to find out how we can make this question a thing of the past.

This is where we need to start listening to women such as Kathleen Hallal, a former PTA leader who led a successful effort to eliminate glyphosate use in Irvine, California (glyphosate is one of the ingredients in Monsanto’s RoundUp). Her speech was inspiring and informative because she laid out the exact steps for addressing the problem. The statistics on the increase of cancer in children are staggering, not to mention the rise in autism. At this rate it will take the entire global financial resources and population to take care of those affected by toxic chemicals released into our environment. I could continue with the environment, our collapsing financial situation, corrupt and broken government agencies, water and air pollution, geoengineering programs, and more, but something Kathleen said makes total sense: “Pick a battle you know you can win; then go to the next battle with that win under your belt.”

We can win this battle to stop spraying our schools and parks with toxic poisons such as RoundUp. Why? … Because when it comes down to what’s important, our children have to be put at the front of the line and no one can argue with that without showing his or her true colors. And if you think the Environment “Protection” Agency (EPA) is going to protect us, forget about it. I had someone the other day who is pretty intelligent in most areas say, “But these chemicals have to be safe; they (85,000 of them) are registered with the EPA.” Being registered has nothing to do with their being safe and fully researched.

Another great speaker was Dr. Shanhong Lu, who is helping my wife and me detox from toxic chemicals and heavy metals. She gave up her allopathic practice in Mt. Shasta because she, along with many other doctors, has realized that dealing with chronic illness is something medical doctors are not only overwhelmed by, but are ill equipped to deal with. Hospitals are at the top of their game when it comes to acute emergency problems, but ongoing chronic problems require long expensive treatments and in most cases a massive change of lifestyle. It’s nice to see programs such as Adventist Health’s “Live­Well Center” that are open to these ideas and are out in the community helping people to make life changes. I think we all know the importance of keeping people out of the emergency room with chronic illness.

I could write a book about this and many other subjects, but there are highly qualified people out there who have books, DVDs, research papers, websites, and more on this and many other subjects, so I’m going to offer some contact information for you to do your own research on this subject and follow the path of those on the front lines … they need us to join their quest for a healthy and meaningful life.

On a final note, I want to give a special thanks to Michael DiMartino of Golden Road Television & Radio for his diligence in bringing people such as this together for the community; this last event was one of the most informative and inspiring events I’ve been to in a long time. I know all too well how perilous it can be to put yourself out there on the front line, going head to toe with corporations. I might also include KVMR and KZFR radio for airing news and events that affect our lives, along with the Chico News & Review for publishing well-thought-out stories that are relevant for our health and safety.