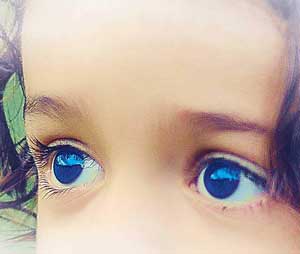 Numerous stories exist today about people at the edge of death who not only defy the “grim reaper,” they experience themselves as someone with purpose, a value greater than dream images or flights of fancy. Not only do they “don’t die,” they return from that harrowing moment “different” from before.

Research on stories like this have consistently identified out-of-body experiences, clear/enhanced consciousness, self-identity with emotions, cognition-thought perception, full use of faculties, and intact memories as typical of the episode. . . all of this occurring when the brain is not working!  Glib explanations don’t work, not even from medical staff.   Near-death experiences are very real and have a pattern of aftereffects that cannot be denied.

We know this is true with adults and kids in general. But what about the youngest of the young – those at birth, babies, toddlers, and youngsters up to age five? A few studies have touched on little ones, yet no one, not even the general public, have responded much beyond what I call the “out-of-the-mouth-of-babes” syndrome. By that I mean we are so touched by words from the innocent that hardly anyone bothers to track or follow what happens to those kids as they grow up and mature. Did that early near-death experience make any real difference in their lives? If so, what? 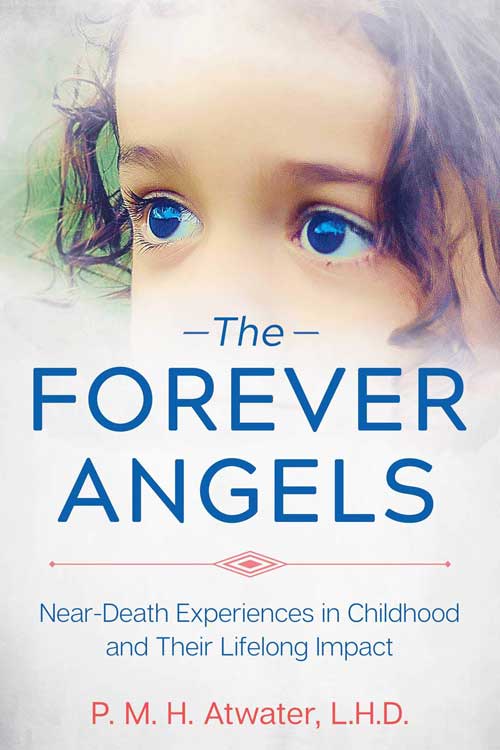 Available on Amazon and at www.InnerTraditions.com

I took on the challenge. The result is a “game changer” in the sense of what I found. My book, The Forever Angels: Near-Death Experiences in Childhood and Their Lifelong Impact, covers what happened to 120 people: many from different countries, Aborigines from Australia, First Nation in Canada, Native Americans, all races, all sexual types, some raised in Voodoo religions, three born into Satanic Cults for the purpose of being used for rituals, people in poverty who wanted to be heard, retirees who never dared whisper a word of this throughout their long life. Some sent tear-stained essays I could hardly read. A County Commissioner, Catholic Sister, one who was nominated for the Nobel Peace Prize, are examples of those who barred their soul. Another, born into a Satanic cult, had 17 near-death experiences before the age of nine; the first at six weeks. There are lots of drawings in the book, some funny, some scary. One shows a mother smoking during her pregnancy, the nicotine affecting her unborn baby who could smell and taste the cigarette and got a “high” each time her mother smoked. Another, who died during childbirth as her mother was trying to commit suicide, was saved by quick-thinking emergency personnel.

Actually, I did this type of research before, back in the eighties. That group, 277 of them, ranged from the very young up to the teen years: with most under the age of six. Published then as The New Children and Near-Death Experiences, these two projects (the one I did in the eighties and this recent one) give us a better understanding of what can happen to the youngest of the young, most of them without any sort of “before” to make life comparisons.

Three main challenges are faced here: (1) most begin abstracting before the first grade, are smarter than their peers and teachers, display signs of synesthesia (multiple sensing), are highly intuitive and curious/creative; (2) what happens to the innocents within the family unit, when they go to school, have sex, date, seek jobs, marry, have kids of their own, abuse issues, drugs and alcohol, the elder years; and (3) they forever miss “HOME”, the greater collective they know is real, many feel lonely, can be suicide prone – not in a sense of grief but rather – homesickness.

I used two approaches. First group, research done in the eighties, most of them small children at the time, teens, or young adults – all looking forward in life. This recent study focuses more on people in their 50s, 60s, 70s, and 80s who look back on their life and answer the question: what difference did the early near-death experience make in their life? No study of near-death experiences before this one has ever spanned a person’s entire life.

No problem here with memory. One of the most consistent findings researchers have made is that memories of near-death experiences usually remain clear and detailed regardless of a person’s age. Yes, these experiences can be blocked from a person’s mind, but once remembered – they remain in memory. I found that to be true as well, even with a woman who was 86 years old.

A finding in this one-of-a-kind study is that 90% were unable to bond with their parents. They bonded with the “other side” instead. This doesn’t mean, necessarily, that they did not love their parents but they could not form that sense of family closeness kids normally have. Some other findings: 84% empathic; 75% highly intelligent – some to the point of genius; 74% suicide prone; 70% had vivid dreams; 62% out-of-body experiences commonplace. And this is just a sampling of what I discovered.

While adults integrate their near-death experience, children compensate. The average adult takes 7 to 10 years to integrate what happened to them: their experience and its pattern of aftereffects. Little ones are not like that. It takes the average child experiencer 20 to 40 years, maybe even 50, to do the same thing. That’s because the average child adjusts when something seems not to fit into their life; they’ll compensate or change as needed. Any sense of integration doesn’t usually occur until their later years.

Individuals who had a near-death experience as a very young child are often uncomfortable around adult experiencers. They do not relate to adult expressions of “life after death” and “love and light.” To them, life is ongoing, a life continuum, unending and forever. They’re interest is how to live in this world and what can be done to change it. Looking at the near-death phenomenon through the eyes of the very young. . . no matter how old they are by earth-years. . . is a startling surprise.