Throughout our evolution as a human species we have survived because of this uncanny ability we have to adapt to our environment, which up until now has been an important factor in our survival. But I would like to bring up something that many of us have never thought of. What if the very aspect of adapting that has assured our survival has become the very thing that will assure our demise? We see it everywhere we look—we are adapting to a world that is toxic, not only on a physical level but emotionally and mentally also. I hear people say things all the time like “Well, that’s just how things are” or “Things are different now and we just need to get used to it” and even in business we hear it’s a “Dog-eat-dog world” and “Hey, don’t take it personally, business is business.”

Many of the people I observe are begging to be led by corrupt leaders because they don’t want to accept the responsibilities of life. We vote, not for the best leaders anymore; we vote for whomever is the least of the evils. And here lies the danger for those who are sleeping. The only way to continue sleeping is to “normalize” the world so we no longer need to be concerned and can continue to sleep.

I was watching a Kevin Klein movie in which he played a professor in The Emperor’s Club, and he was asking his students if they knew who Shutruk-Nahunte was. None of them knew who he was, even though his very name would make the Earth and its people tremble in the 12th century. He was the king of Anshand and Susa and sovereign of the land of Elam and by the command of his God destroyed Sippar. In the movie a plaque over the door of the classroom says, “Conquest & Ambition Without Contribution Is Worthless & Forgotten About.” Kevin told his students, “This is why you don’t know who Shutruk-Nahunte is; he never contributed to society so he was forgotten.”

That quote comes to mind today when I see the men, and women, who dominate the news on the world stage; they also go out and conquer with the blessings of their God, and sometimes their gods can be anything from blind ambition and financial profit to the narcissistic ambitions of a sociopath. It’s true—they make the ground tremble with their rhetoric and their actions dominate the media with daily press releases from Reuters and the Associated Press, which are repeated verbatim on our news/entertainment channels. But I would like to challenge everyone to turn off the TV and start paying attention to the people in our community who are actually contributing and making this world a little better place to live—many have ads and articles in this magazine, in fact. The Chico News & Review along with Upgraded Living do some excellent coverage of amazing people in our community who are doing incredible things, but we all need to start paying attention and taking action and being supportive. 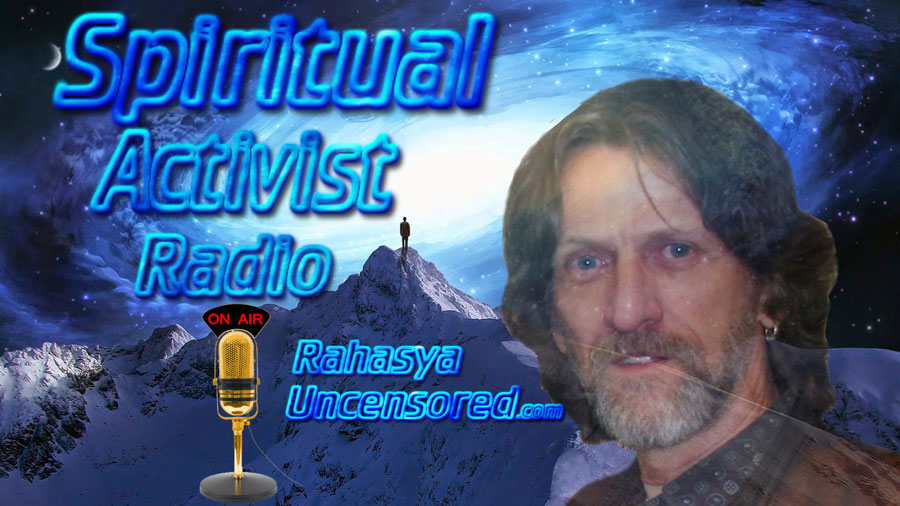 I suppose one of the reasons I started a nonprofit radio show called Spiritual Activist is that I wanted a media platform where I can step into the realm of “conspiracy facts,” because we are far past the theory stage now when it comes to conspiracies. I see so many “false flag” operations going on that are meant to control society through fear. And if you go to YouTube you will find hundreds of YouTube channels that do nothing more than ridicule without a shred of supporting evidence. There are YouTube sites making a small fortune right now showing that the Earth is actually flat; what worries me is how easy it is to get people to believe, not only without supporting evidence, but with mountains of evidence to the contrary.

We all find ourselves living in a world with conflicting beliefs and ideas about truth and how we should be living our lives, but most of us have absolutely no experience with the very truth that we believe in; all we have is the belief that was passed down through many generations that disappear back into ancient times. I know people who vote only Republican or Democrat, no matter who is running. Then there are others who support only people and movements that agree with their ideologies and belief systems no matter how much they might conflict with others who are doing the same, even when they realize it will create more combatants in the process.

A subject with a little less of an emotional charge is the financial system on our planet and the elites who run it. I was listening to Bill Moyers interview the economist Paul Krugman about a book called Capital in the Twenty-First Century by Thomas Piketty. It runs more than 700 pages so I won’t be able to do the book justice here, but one of the things that took even Bill by surprise was the eye-opening fact that we have very few self-made billionaires any more. Most of the wealth, 40 to 60 percent, is being controlled by less than 1 percent of the population and is being passed on through their lineage. And study after study shows clearly that “we the people” have at best a minimal impact on public policy or congressional decisions; we live in what is officially now called an “oligarchy.”

As I mentioned before, these ideas and others are no longer conspiracy “theories,” so if you want to step out of the matrix of control and start envisioning the world as we know it should be, keep on reading our magazine, listen to my interviews on BBS Radio, and watch my interviews on our YouTube channel. I don’t want to mislead you here so let me say this: I don’t have all the answers but I do know that we all need to start “questioning the answers we’ve been given” because they simply do not work in today’s world. Many others on BBS Radio are opening minds and hearts so tune in. Sometimes it’s just nice to know that you’re not alone and there are some highly intelligent and conscious people coming up with solutions to problems that quite frankly, we have created by nonparticipation in the process we call “our lives.”

Here are some links:

And since the Spiritual Activist radio show is a nonprofit endeavor, you can visit www.SpiritualActivist.com to make a tax-deductible donation. Any amount helps.