These days one must consider that not all of us walking around planet Earth on two legs are completely human. Some think that several races of extraterrestrials have been in residence here for many millennia, but after attending the recent International UFO Congress near Phoenix, Arizona, I have to give more thought to the confluence of galactic DNA that we are now calling alien hybrids. The invasion that humanity is now experiencing is not one of scary ET beings but a more subtle one of off-planet consciousness well developed by thousands of years of evolution that have taken place on planets throughout the universe. Many of these hybrids have committed their lives to teaching the rest of us how to rise above the shortcomings of selfishness on a global scale.

As the Kepler telescope continues to astound us with frequent discoveries of new planets, open minds are encouraged to look at evidence of emerging new thinking not previously considered. Brilliant astronomers who have identified planets in the “Goldilocks zone” of solar systems light-years away are enough of a miracle, but the people being identified as having alien DNA in their bodies are truly a leap into the future of our species. Pure consciousness does not need a spacecraft to travel vast distances and influence beings such as us. Influences from far-distant places such as Arcturus, Lyra, Sirius, the Pleiades, and even Andromeda are working with the part of our DNA that is mutable. This “junk DNA,” previously not understood in the unraveling of the human genome, may have many functions concerning consciousness not related to the coding of the production of proteins. Some of these hybrids understand very early in life that they have special abilities that other children do not have. I personally know a 46-year-old woman who started talking to her Russian mother in Russian hours after her birth. Her intelligence is a joy to share. Galactic rumor has it that a major upgrade was attempted earlier on Earth but failed. In any case, where we are going is eventually evolving enough that we will be invited to join the Intergalactic Federation of Sovereign Planets (IFSP). Given the state of conflict of our many tribes, we have a long way to go to be accepted.

Progress, however, has been happening in individuals who see the bigger picture of evolution beyond Darwin and have made sharing it with others their life work. Barbara Lamb has taken a brave step with the release of a book called Meet the Hybrids, bringing forth the case studies of eight people self-identified as humans containing DNA from many different ET races. She followed it up with a presentation at the UFO Congress that included six of these people. All of them have a strong sense of their mission to educate us to the possibilities of acting from an expanded group consciousness for the good of everyone on this planet and beyond.

Vanessa LaMorte speaks of her work as a psychic and energy healer, calling herself an ET contact specialist. She helps parents understand their hybrid children and has had experiences with bilocation, remote viewing, and astral projection. She has learned to use modalities such as Reiki, sound healing, and light language, which is a bridge between telepathy and spoken language, to move between states of consciousness while staying in and interpreting through the heart chakra. Of course there are hybrids who are more alien than human, but the acceptance of these more human hybrids makes them far more effective in helping humans understand the concepts of ascension. At this point, I think, we have to trust the intentions of other races in trying to bring us out of the morass of materialistic struggle that is destroying the planet. They believe our warlike ambitions also threaten the rest of the galaxy, especially if we succeed in exporting nuclear weapons. 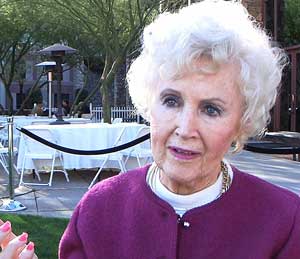 The origins of a 27-year-old woman living in England named Charmaine D’Rosario-Saytch are explained by her as Reptilian, although her ancestry is described as a mix of Italian, English, Indian, and Jewish. She is gentle and beautiful, with six hybrid children, three of whom live on a military base in the UK. There are four implants in her body, in her nose, arm, hip, and leg. One is to prevent her from shape-shifting and the one in her nose is for tracking. She is not happy about her forced contact with the military. Her mission on Earth is to help integrate hybrids and neutralize the negativity ascribed to Reptilians. Charmaine does nutritional counseling and is also a practictioner of emotional freedom techniques (EFTs).

Jacquelin Smith is one more hybrid I met who deserves mention. Her blended soul arrived through Tall White Zeta parents, and she remembers many sessions aboard starships as a child, learning about love and how to travel with her consciousness. Now at 65 years old, she counsels and teaches, raising the frequencies and consciousness of humankind, partly through telepathic communication with animals. She has recently published a book on that topic called Star Origins and Wisdom of Animals, revealing that she is clairvoyant, clairaudient, and clairsentient, which enables her to track lost animals worldwide by looking at a photo. She has many hybrid children and is part Reptilian. Yes, this all sounds beyond wild so you will just have to read Barbara’s book for details that will make it more real.

This planetary shift is also helped along by abductions, such as the one I was privileged to hear about from a woman who was abducted in 1979 when she was 17 years old. She was given what she said was the answer to the universe, adding that “This was the best thing that ever happened to me.” Space does not allow me to tell her story here but I hope there will be an opportunity in the future. It appears we have much help in our process of ascension into a new reality.