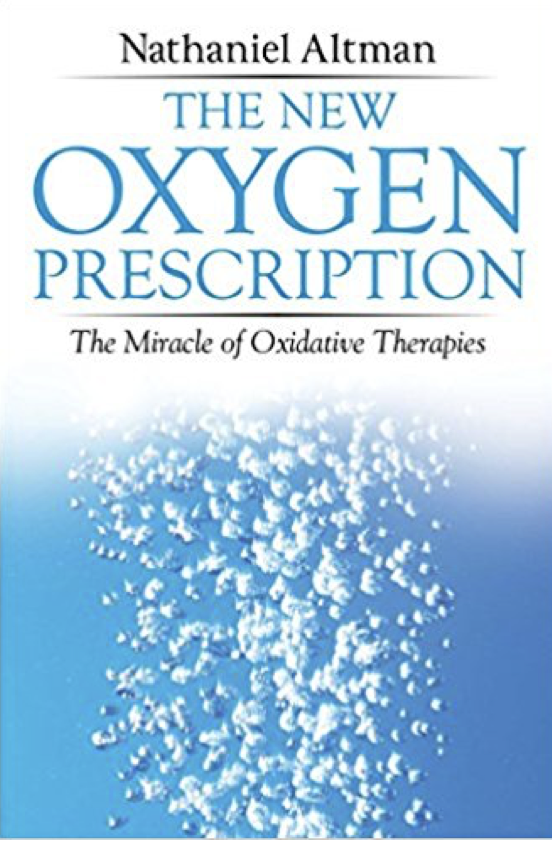 By Nathaniel Altman, author of The New Oxygen Prescription

In an age when medical specialization, complex procedures, and toxic drugs are often expensive and ineffective, health-care consumers are interested in getting back to basics. We’re looking for medical therapies that will naturally enhance our body’s own healing powers and help cure both minor and serious diseases. Finally, we are looking for therapies that will cause a minimum of negative side effects, and that will not bring about financial ruin. 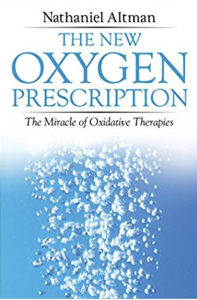 Most of us believe that such a therapy is nonexistent. However, a number of simple, natural substances first documented in medical literature in the 1920s have been proven effective in treating many common diseases, including heart disease, cancer, and diabetes. Intentionally overlooked by mainstream medicine, the government, and the pharmaceutical industry, they are being used by a rapidly growing underground of health-care consumers and a small number of physicians who are tired of the expensive, dangerous, invasive, and often useless medical procedures used to treat these diseases today. They are hydrogen peroxide and ozone, known collectively as oxygen therapies.

The philosophy behind oxygen therapies is simple. Their use is based on the belief that the accumulation of toxins in the body is normally burnt up by oxidation, a process wherein a substance is changed chemically because of the effect of oxygen on it. Oxidation breaks the toxins down into carbon dioxide and water and eliminates them from the body. However, if the oxygen system of the body is weak or deficient (whether through lack of exercise, environmental pollution, poor diet, smoking, or improper breathing), our bodies cannot eliminate them adequately and a toxic reaction can occur. In minor cases, a toxic buildup can lead to fatigue, while a wide range of diseases can result when poor oxygenation is chronic.

How Do They Work?

Oxygen therapies flood the body with active forms of oxygen orally, intravenously, or through the skin. Once inside, they break down into various oxygen subspecies that contact anaerobic viruses and microbes (i.e., that can live without air), as well as diseased or deficient tissue cells. They oxidize these cells while leaving the healthy cells alone.

Hydrogen peroxide (?H2O2) is involved in all of life’s vital processes, and it enables the immune system to function properly. The cells in the body that fight infection (known as granulocytes) produce hydrogen peroxide as a first line of defense against invading organisms such as parasites, viruses, bacteria, and yeast. It also facilitates the metabolism of protein, carbohydrates, fats, vitamins, and minerals.

H2O2 is necessary for the body’s production of estrogen, progesterone, and thyroxin, and it helps regulate blood sugar and the production of energy in cells. Long recognized as a disinfectant, antiseptic, and oxidizer, hydrogen peroxide has recently been found to treat a wide variety of human diseases with minimal harmful side effects. The most common method used by doctors calls for small amounts of 30 percent reagent-grade hydrogen peroxide added to purified water and administered as an intravenous drip.

Ozone (O3) is an energized form of oxygen with extra electrons, and it was originally used to disinfect wounds and infected surfaces. It was later found that these electrons have the ability to “blast” holes through the membranes of viruses, yeasts, bacteria, and abnormal tissue cells, killing them. Ozone can also destroy lipid-enveloped viruses related to hepatitis, Epstein-Barr, cancer, herpes, cytomegalovirus, and HIV.

Patients are being treated successfully in European clinics with different types of ozone therapies, including rectal enemas, ozone baths, injections into joints, and autohemotherapy, whereby a small amount of blood is taken from the body, infused with ozone, and reintroduced into the body.

According to Frank Shallenberger, MD, founder of the American Academy of Ozonotherapy, oxygen therapies can affect the human body in the following ways:

Although ozone and hydrogen peroxide are toxic in their purified state, they are safe and effective when diluted for medical use. When administered via established protocols, the chances of adverse reactions to these therapies are extremely small.

More than 15 million people (primarily in Europe and Cuba) have received oxygen therapies during the past 80 years to treat more than 50 different diseases, including heart and blood vessel diseases, diseases of the lungs, infectious diseases, and immune-related disorders. Sometimes oxygen therapies are administered alone, or they are used in addition to traditional medical procedures (such as surgery or chemotherapy) or as adjuncts to alternative treatments such as megavitamin therapy, acupuncture, or herbs. They have become treatments of choice for treating arthritis, rheumatism, and various types of back pain. They have also been embraced by veterinarians and dentists, who have developed novel methods of treating dental cavities and fighting infections.

Although about 15,000 European practitioners legally use oxygen therapies in their practices, the number of physicians using these therapies in North America is small, because information about ozone and hydrogen peroxide isn’t provided in medical schools. The medical establishment doesn’t advocate these therapies and often discourages or prevents physicians from using them in their medical practices. American doctors have been told that they would lose their licenses if they administer hydrogen peroxide or ozone. Clinics have been closed down and practitioners have been threatened with jail.

Another reason for this lack of interest in oxygen therapies is that ozone and hydrogen peroxide are nonpatentable and are inexpensive to manufacture and use. There are no financial incentives to incorporate them into traditional medical practice.

In addition, they treat a broad spectrum of health problems at low cost and pose a threat to the continued dominance of the medical establishment: Big Pharma, hospitals, and physicians who are accustomed to providing expensive drugs, complex medical procedures, and long hospital stays.

Because U.S. government agencies such as the Food and Drug Administration (FDA) and the National Institutes of Health (NIH) are influenced by Big Pharma and the medical lobby, objective studies have been difficult to undertake.

By 2017, the world drug industry was a $1 trillion business, with an estimated profit margin of higher than 18 percent. In 2015 alone, American drug companies spent $178 million on 1,320 lobbyists to protect their interests in Washington.

Nathaniel Altman is the author of more than 15 books on diet and health, including The New Oxygen Prescription, which was published in June by Healing Arts Press (trade paper, 512 pages, $19.95, ISBN-13: 978-1-62055-607-8. It is also available as an e-book). Visit his website at www.oxygenprescription.com.