Yogananda made an amazing statement in Autobiography of a Yogi: “Thoughts are universally and not individually rooted.”

I have found this statement so valuable. We can release the idea that our thoughts are ours personally. Instead, our thoughts reflect the level of consciousness we’re experiencing at the time.

This makes me think of the record changers of my youth. Vinyl records were stacked on the record player spindle, and they would drop one at a time to be played. 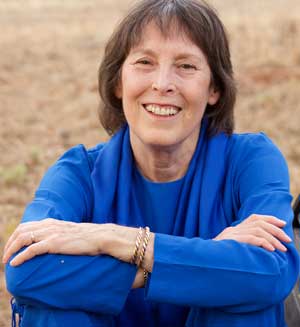 When our consciousness is on a certain wavelength, it’s like playing a certain record. When our minds are unclear, we are on a record at the bottom of the stack. We’ll see all of life from that level, and our thoughts will reflect this. If we feel fearful, anything we turn our minds to seems threatening and fear inducing.

If we are on the record of criticism, we criticize this person and the next and also ourselves. No one seems to be all right.

When we have negative thoughts, it’s easy to become upset with ourselves and try to fight those thoughts. But Yogananda’s statement reminds us not to identify with any thoughts—they are not our own. We’re simply playing the wrong record.

We need to move up the stack of thought records. How? By choosing positive influences. Instead of wasting time worrying about negative thoughts, we can put ourselves in alignment with higher thoughts—through reading inspiring books, doing Ananda Yoga with affirmations, listening to talks by people with high consciousness, mingling with friends who have a higher consciousness.

Another powerful way of changing consciousness is to focus the mind with great energy, and at the same time relaxation, at the point between the eyebrows, the seat of highest awareness in the body. Sometimes a negative train of thought will vanish instantly as you practice this.

Remember, the greatest and most beautiful thoughts that have ever been expressed are also available to us at any time. We simply need to raise our consciousness to be able to receive them.

Nayaswami Anandi is known for her natural warmth, humor, wisdom, and kindness. One of the founding members of Ananda, she began sharing the teachings of Paramhansa Yogananda soon after her arrival there in 1971. An Ananda minister since 1980, Anandi has directed and taught in many of Ananda’s guest and outreach programs at The Expanding Light Retreat and around the world. As an editor for Ananda’s Crystal Clarity books, she has created a seven-book series based on Yogananda’s original teachings, which include the popular How to Be Happy All the Time. Anandi is married to Joseph Bharat Cornell, a Chico State grad and world-renowned nature educator. Anandi will be a featured speaker at The Autobiography of a Yogi weekend events in Chico April 29 and 30 and in Reno June 17 and 18. For information about these celebrations visit www.ananda.org/events.