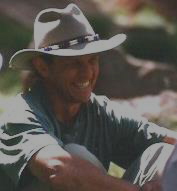 If you can’t discover … [the bars of the cage] … keeping you in, the will to get out soon becomes confused and ineffectual.”—Daniel Quinn, from the novel Ishmael

Many years ago, on my first “vision quest”—what the Lakota call the hanblechya, or “crying for a dream”—I had a powerful dream.

My teacher for many years in the mysteries of the Lakota—an elder named Mountain Peak—gave me the name Redtail after hearing my account of the dream. It impressed me considerably that he already had full knowledge of my dream before asking me to share it with him.

The name came with admonishment: “You will be known as Redtail,” he said, “but it is not yet who you are; it is who you are becoming.”

He also observed that my “becoming” would likely take a while because first he would have to “reeducate” me. I thought he was joking. He wasn’t.

He made it quite obvious that, despite my doctoral degree and professional expertise, I still had a lot to learn. “Don’t get me wrong, nephew,” he said. “You learned some good things in college, but you need to understand how things really work … and start behaving accordingly.”

For the next several years before his passing, “Peak” was my mentor. He liked to call me “doctor” just to mess with me, clearly not impressed with my education, my self- importance, nor my notions about the nature of reality, all of which he had a major hand in altering.

About a year later I reminded him: “So, uncle … you promised to set me straight on how reality works.”

He laughed. “You mean you haven’t figured it out yet?”

“Well … you’ve told me a lot of interesting stories. But frankly, I’m still a little confused. You have a knack for being vague, you know?”

More laughter. “On purpose … you know. The reason I tell you stories, nephew, is that people remember stories. They forget facts unless they have something to tag it on.”

“I realize that, but can you be a little more linear, just for me?”

“Okay. Just for you. …” He stared at the fire for several minutes, chuckling to himself, before continuing. “See … the truth is, there is really only one of us here.” He had said something like this before, refusing to explain further, and I was still clueless.

I frowned and he smiled, shaking his head.

“Everything is connected to everything else, but the center of the universe is exactly where you are. That’s here. Now. That’s what it means to be centered. If you can accomplish that awareness, you can do anything. Everything you experience depends upon how you see it—from the center.

“Yeah. I get that part. Physics has already demonstrated it. It’s called the “observer effect.”

“Right. …” He looked at me sideways and chuckled again. “I suppose you need me to be even more linear, so your mixed-up brain can get it straight. That’s part of your problem. … OK, let’s try this: The only reality is mental. Everything that happens to you happens in your head. There is no out-there. It’s all in-here.” He tapped my head for emphasis.

“Whatever you’re trying to change out-there needs to be changed in-here first,” he said, tapping my head again. “If you don’t change it in-here, nothing will change out-there.” Peak looked sideways at me again to see if I was getting it.” Is that clear enough for you?”

“I already know that,” I replied, defensively. “It’s basic psychology. You can’t change others; you can only change yourself.”

“You know that, do you? Then why don’t you behave like you do? Because here’s the deal, nephew. You talk like you believe in victims. But there is no such thing, just like it is not really possible to be “objective.” If you want to have power over your own destiny, then you have to take responsibility … for e-v-e-r-y-t-h-i-n-g.” He drew the word out for emphasis.

“And that, nephew, is how you can make it rain. You have to occupy the center, where the power is.”

After sitting quietly for a few minutes, he got up and walked off, leaving me to ponder. Apparently, we were done with this particular lesson, but I was as perplexed as I had been when I first discovered that I liked girls more than sports.

The only thing that was crystal clear was that what Peak was trying to teach me was beyond the reach of the scientific assumptions I had acquired from my education, which was actually blocking me from grasping the truth about what we call “reality.”

Science has made some great strides since then toward understanding what shamans such as Mountain Peak have known for millennia. Some physicists have even ventured so far as to suggest that the long-sought-for “unified field” is actually consciousness itself.

Blending the ancient wisdom with what many are calling the “new science,” I began to truly understand what he meant about “reality” being entirely a mental phenomenon, and that has changed everything for me.

I can now say with certainty that understanding this (and behaving accordingly) will free you from the prison of false limits that traps most of us in illusion!

I also think this is the antidote to the multiple crises that threaten our survival. For now, I’ll behave like my teacher and leave you to ponder that.

Dr. Jim Redtail Collins is a seasoned psychologist and transformational coach as well as a full initiate and teacher of the shamanic tradition in both the Lakota and Q’ero- Laika medicine lineages. Blending timeless secrets of indigenous wisdom with the leading edges of scientific discovery, Redtail can show you how to free yourself from false limitations and find your wings. Find out more at www.PowerForTransformation.com, or call 530-604-8653.