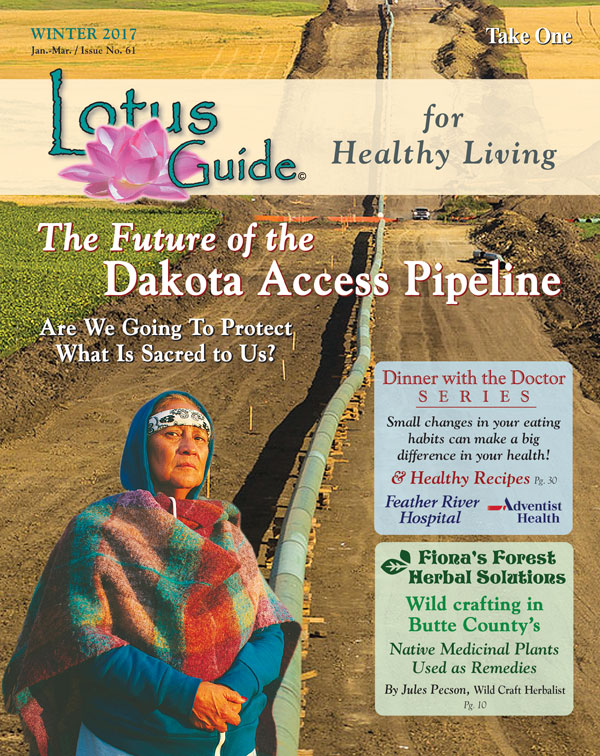 It’s not necessarily because I’m 25 percent Cherokee, or even that it’s the right thing to do, which it is, that I’m throwing in my two cents on this issue. I was thinking of writing this article anyway, but it was confirmed when I started reading what traditional news media was saying. An example is CNN. Here’s one of its reasons that the protest should be abandoned: It interviewed Robert “Fool” Bear, who lives in a nearby town called Cannon Ball, where some of the inhabitants (840 population) sometimes have to drive 40 miles out of their way because of the protests. He said this at the same time he said, “It irks me. People are here from all over the world; if they could come from other planets, I think they would.” they also said that Robert Fool said, “The presence of all [these] people has become a downright nuisance to his community.”

CNN goes on to say that Robert Fool also said, “If he [Dave Archambault II, the Standing Rock Sioux chairman] had any balls, he’d tell [the protesters] to go home.” And then CNN validated this by saying that Bear is not alone in feeling this way: “Two women who listen in as he talks keep nodding in agreement, but they don’t want to speak.” As further proof, they said a man who lives 10 miles away and who doesn’t want to be named actually looks forward to the pipeline. Then there’s Carl Bruce, a Standing Rock Sioux who said, “The pipeline doesn’t matter. If it breaks, I’ll just work around it.” Carl goes on to say that if a break did occur, “Oh hell, I can move north of the break and get my water over 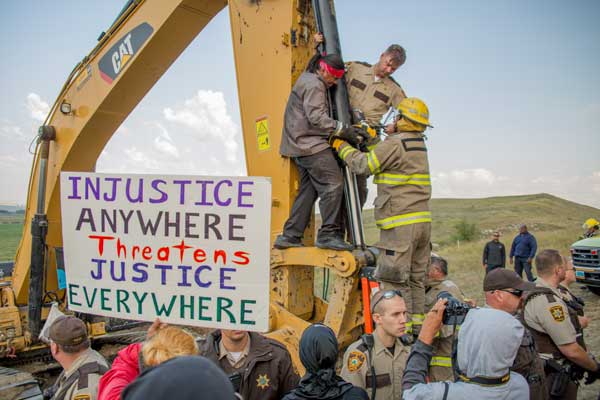 I’m sure that there are mixed feelings about this situation but as always, we are not getting a “fair and balanced” report here. Ask yourself this: “Would you want 470,000 barrels of crude oil a day to flow through your main drinking water supply in pipelines that are known to leak after a few years or less?”

Books could be written on the misinformation, disinformation, and the deception going on but let’s take this in another direction called reality. How much crude oil is in the Bakken shale oil fields? Continental Resources President Rick Bott told the IHS CERA Week energy summit in Houston (2014) that the Bakken holds nearly a 900 billion–barrel potential but when that fact was questioned later by a senior petroleum analyst, Gregg Laskoski, it turned out to be 32 billion barrels of oil. Then there’s the U.S. Geological Survey, which calls it “the largest continuous oil accumulation it has ever assessed.” [2] 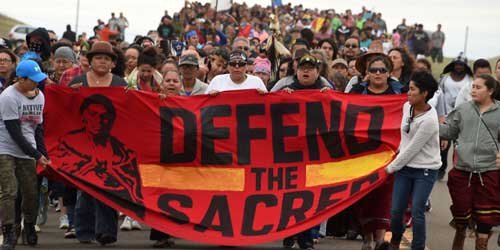 The estimate of how much oil there is ranges from 7.4 billion barrels to 900 billion barrels. Are you confused yet? Let’s “follow the money.” The pipeline is going to cost $3.7 billion and whenever we start talking about investments this large, we always need to question it because greed can always become a factor. Of course proponents say that it will generate $55 million a year for schools, roads, and so on. But I think we can all remember how we were told that our education problems would be solved by allowing casinos to operate in California a few years ago … where is that money? The statistics sound pretty good, although they are very vague and confusing. [3] 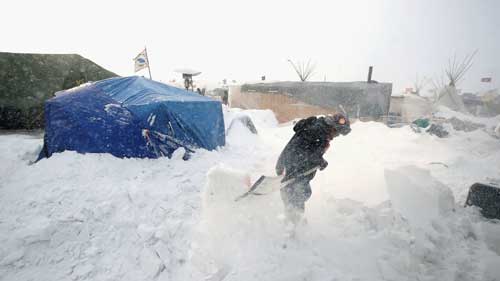 When I started doing research for this article, it’s true, there’s a lot of ‘fake news’ out there along with our traditional news media that simply aren’t doing their jobs according to most public opinion polls. So what can we do when nothing makes sense and you can’t trust what you are being told? I can only say what I do and it’s what all of us can do; we all know what is right and what is wrong. That’s really not the problem if we have the facts; the problem is doing the right thing without regard to the bottom line or personal comfort. I know a few things for sure: 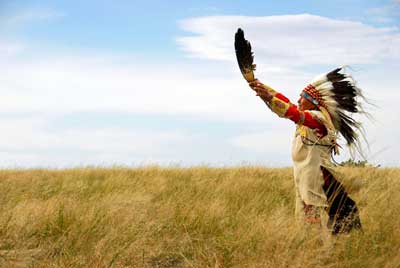 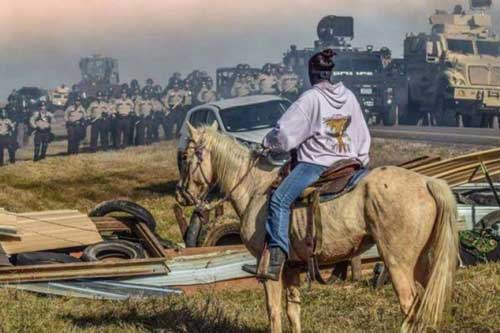 I am sorry if you think I haven’t given you a clear answer on this but in today’s world clear answers are difficult to come by, which is why we sometimes need to follow our hearts. It is good to know that the U.S. Army Corp of Engineers denied the easement over the lake in December 2016. One last thought: If we let the “powers that be” trample yet once again on Native Americans’ rights, we need to consider more than the immorality of it and how it looks to the rest of the world. We need to take very seriously the question: “Who’s next?” The onlything that really put a temporary halt to this was when over 4,000 veterans showed up as a human shield to protect the protestors. This is not over, which is why we are still putting attention on this.