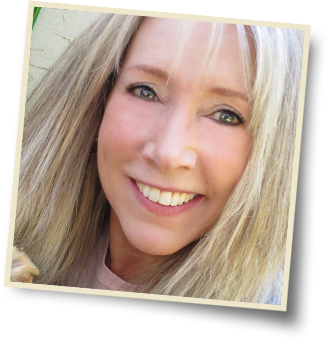 We are the stewards of humanity and parenting is the most important job on this planet! Our family of origin primarily dictates the type and quality of our emotional success. I don’t believe that money falls into the category of success even though our culture fosters this belief. Anyone can make money, but emotional intelligence is an asset that overshadows the pursuit of wealth.

It is said that only 1 percent of family systems are functional, while the other 99 percent are dysfunctional in one way or another. There are those, such as the renowned author and educator John Bradshaw, who suggest that all families are dysfunctional. I tend to agree with him.

Why is this the case? It is due to the erroneous belief that children exist for the sake of the parents; this mind-set gives parents the illusion of owning their children, that they can dominate, control, ignore, and generally squander their children’s innately intelligent abilities, because they feel entitled to do so out of their ignorance.

The truth is, parents exist for the sake of their children. Yet some parents are too damaged to make the changes it requires to recover from their own dysfunctional family systems before having children, and they find it nearly impossible after having kids.

Healing your family history first before having children is not something that’s encouraged by our culture. Even so, it would certainly benefit the entire culture and generations to come if we paid attention to this glaring cultural deficiency.

Furthermore, it appears that more effort is exerted searching for a job, a car, a house, or even a vacation than is sustained internally toward the discernment of whether or not we’re emotionally adequate to provide an appropriate environment for the growth and development of our children.

Raising children isn’t easy. Raising balanced children continues to be a challenging endeavor. If the parenting style is one of a domineering type, as in the parent who doesn’t value the youngsters’ emotions, discounting them and thereby teaching the children that they can’t trust their own feelings, that parent creates emotionally disabled adults. A number of these adults become agentic types, people who yield to authority and in so doing become alienated from their own actions.

This was the case in World War II Germany, when otherwise decent people carried out orders to abuse

others because they were instructed to do so. Some of them felt uncomfortable; they didn’t want to oppress segments of the population, but the agentic types do it anyway, regardless of their consciences. The external authority takes precedence over their squashed internal authority, which was damaged in childhood.

By contrast, when our children’s feelings are supported and valued, their innate empathy grows exponentially with a sense of self that can choose between right and wrong. If you don’t foster a child’s feelings, all of them, then they learn not to trust their feelings, and this inhibits empathy and can create adjentic types. If you overindulge a child’s feelings and don’t guide their aggressive behavior, they can become entitled and think the world owes them.

We, as primates, are a part of nature, yet unlike other primates, too many of us have been forced to forget how to care for our young in ways that support their growth and allow them to thrive in our world. It appears that we’ve allowed ourselves, through the course of numerous years, to be indoctrinated by the powers that be, rendering us into money-earning machines rather than the highly intelligent human beings that we have the ability to be. For the sake of our children, society, and our world, we must restore balance to our families and become the stewards of humanity that the job of parenting, at its core, encompasses.

Jessie, a divorced parent whom I’ve worked with for more than 20 years, called me with concerns about her 13-year-old son, Cody. Jessie’s son is living with his father right now because Jessie has a health condition that, for the time being, doesn’t allow Cody to live with her. She asked me to examine Cody energetically to determine his emotional state.

Apparent to me are clear indications that Cody’s growing emotionally, intellectually, and feeling relatively happy even though he misses seeing his mother regularly. Jessie was concerned about an argument she had with his dad regarding Cody’s annual summer vacation, and if missing a week of practice would disallow Cody from playing his first year of football.

Tad, Cody’s father, was adamant that Cody not leave for summer vacation but instead stay for football practice. Tad was concerned that by missing one week of practice, Cody would fall behind before he ever started, and he feared that it would damage Cody’s self-esteem. It was a thoughtful consideration on Tad’s part, I thought.

After observing the quality of the emotional connections among the three of them on an energy level, I suggested that one of them talk to the coach about this issue. This comment inspired Jessie to suggest that Cody call his coach and find out what he expected. Immediately I saw that her suggestion would empower Cody because he would gather the information for himself.

Emboldened by this information, he could choose and then discuss his decision with his father. Fortunately, both parents believe the decision is up to Cody. The idea of Cody’s doing the research allows both Jessie and Tad to disengage from their conflict, instead giving Cody the room he needed to reach his own conclusion. Making his own determination, Jessie thought, would go far in boosting his self-esteem. I agreed with her and we ended our session with that happy realization.