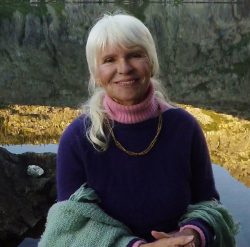 “A fool is he who identifies with his material body and mind as his self.”

Given what we are being told through the various media and mind programming outlets about what is happening throughout this world and the enormous challenges facing human and animal bodied divine beings/us, I have been immersing myself in my spiritual practices, relishing divine realizations, and discarding depowering concepts and hypnotic trances that have been controlling humanity, mostly from subconscious programs that are operating below our conscious awareness like a computer virus, bug, hack.

“Giving regard to the mind is the highest process of controlling it. One should carefully observe its movements, just as one first observes the mood of the horse one desires to subdue before putting on the reins.” Srimad Bhagavatam 11.20.21

Our opportunity is to endeavor to develop our divine consciousness, powers, abilities, and qualities that are transcendental to this virtual reality that is a perverted reflection of the spiritual realms. Then we are able to energetically and physically be victorious over these gigantic appearing challenges.

However, these challenges are far reaching and far more difficult to overcome given the world situation as it is; therefore, this calls for Divine intervention. How each of us calls forth Divine intervention depends upon our spiritual practices. And with absolute faith, beyond a shadow of doubt, trust your spiritual knowledge and wisdom and act from the Truth that always is, rather than the advice created by fear, scarcity, guilt-driven mind machine, or the programmed opinions of others.

What’s going on with each of us personally and throughout the world has all the trappings of a spiritual war, using words and the meanings given to us as the weapons of mass destruction. This subjects humanity to untold miseries and suffering conjured up by stories, threats of punishment, violence, depowering rules, and narratives used to program us to believe beyond a shadow of a doubt, when nothing is further from the Truth.  Lies told long enough are then taken for the truth and the truth for lies.

“When a person, considering what has been said, becomes disgusted with the world and detached from it by contemplating the subject with analysis, his mind gives up its false identity with the body.” Srimad Bhagavatam 11.20.23

Spiritual and cosmic principles never change and are always operating for the benefit of all divine beings. Yet these principles are not available to those persons who have rejected the Divine in favor of intellectualism and being considered a success according to the rules and laws of control freaks who only have power and life by depowering you and consuming your life force, energy, and resources.

Liberation from the suffering of this world and the attainment of the supreme pleasure and prosperity of the soul takes constant awareness, courage, study, and application of ancient divine teachings if we want to have the treasures, benefits that await our recognition, receptivity, and willingness to receive what is being given to us but have been rejecting in favor of the mind and its depowering nature. The mind machine that can only work with programs made of words and numbers is the greatest terrorist weapon ever invented.

For me, learning from and following in the footsteps of great souls, teachers, and so-called mythological heroes and heroines so that we can receive their same benefits are most valuable. We only know and attain what has been suggested to us, witnessed, or experienced as a direct gift, realization from our Source that we are part of. That’s why it’s most valuable to have an open mind to all that is possible rather than to argue in favor of lack, suffering, and limitation as natural and certain when all is in the mind. The first Hermetic axiom is: “All is Mind.”

Remember the story of Hanuman, the monkey man who is a hero in the Vedic classic epic tale, The Ramayana.  The story goes that when Hanuman was a little boy monkey, he was a rascal and played tricks on the senior monkeys.  So one of the seniors put a curse on him to forget that he had supernatural abilities until someone reminded him.

This has been my experience concerning myself and what I have noticed happening with my students. It’s classic that we are not fully aware of and using our eternal divine talents, powers, and qualities and thus tasting the sweetness within us, our soma, until someone reminds us by their teachings and example.

“What Truth do you know and how true is that Truth and how steadfast are you in its application?” Joel Goldsmith

Hanuman and the others in the story were in the same basic situation we may be finding ourselves today. Trouble on all sides, every possible enemy attacking us, and no possible solution but to give up. But, Divine intervention happened and someone reminded Hanuman that he could fly because his father was the wind. His problem was solved when he realized the Truth and acted on it by flying across the sea between India and Sri Lanka, finding and saving the divine feminine/mother of creation from the grasp, abuse, and exploitation of envious demons.

“For it can be assumed and probably correctly so that a sense of powerlessness is proportionate to the existence of powers and energies which the individual does not yet recognize within self. And which, therefore, have not undergone the unfoldment process.”  Ingo Swan