What Is the Extracellular Matrix and What Is It Made of? 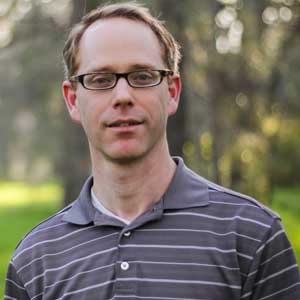 Many of the initial discoveries and research into the extracellular matrix (we’ll abbreviate it as ECM) came from Alfred Pischinger and were published in his book, The Extracellular Matrix and Ground Regulation: Basis for a Holistic Biological Medicine. The extracellular matrix is one coherent system that interacts with and influences tissues and cells throughout the body.

By normalizing the matrix, we normalize the cell membranes as well as the movement of nutrients from the blood into the cells and the movement of toxins from the cells into the blood. All of these actions take place through the ECM. It is intimately connected to all the other regulatory systems of the body because of its very close relationships via the capillaries, the lymphatics, and the nerve fibers. These observations lead to a new concept of the holistic functions in the organism, in which the “whole” is greater than the sum of its parts.

Fascia makes up much of the ECM and is the soft-tissue component of the connective-tissue system that permeates the human body, forming a continuous, whole-body, three-dimensional matrix of structural support. It interpenetrates and surrounds all organs, muscles, bones, and nerve fibers, creating a unique environment for body systems functioning.

A Closer Look at the Extracellular Matrix

As seen in the diagram, components include the fibers of the ECM, glycoproteins, glycolipids, integral proteins, and peripheral proteins. 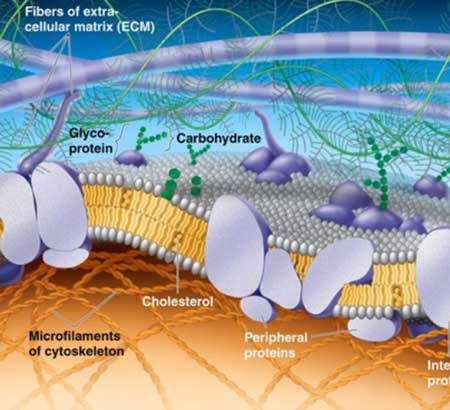 In 1988, Martin Heine published his discovery that underneath the acupuncture points he studied, vessel-nerve bundles penetrate the fascia and bring a cylinder made of molecules called glycoproteins of the extracellular matrix with them. The discovery of glycoproteins further helped to demystify the acupuncture system. The fact that these cylinders are supplied with vessels and nerves is significant because this explains the electrical and temperature differences between active acupuncture points and the surrounding skin.

A network of molecular filaments (the green fibers shown in the diagram) makes up a storage system for electrical charges. Also of interest are the forms of mechanical signaling within the fascial matrix, such as that caused by the tugging in the matrix created by rotating an acupuncture needle slightly.

How Does the Extracellular Matrix Affect Health?

The ECM is known to be the site through which information cascades through your body during acupuncture and other energetic medicine modalities. The antennae-like arrays of fibers shown in the diagram have to stay open for proper function. These antennae-like arrays have weak acids on them that stay charged at high pH levels (which means they stay open). At low pH levels they lose their charge and they start collapsing on themselves.

This is when acidification leads to a “gelling” of the ECM, not unlike cooking an egg. When this happens, nutrients can’t come from the blood to the cell, and waste can’t go from the cell into the blood. So sweeping the matrix clean is one of the things we aim to accomplish to restore health.

The functioning of the matrix system controls the metabolism and biological activity of the cell, and the cell generates electromagnetic information. Most chronic inflammations go undetected by us, but they release their information into the matrix for years and decades, and they place all regulatory systems (cellular, tissue, neural, etc.) under stress. Bacteria, protozoa, viruses, toxins, and trauma all set off the same effect, leading to depletion of matrix regulation. In many patients, a series of predisposing factors such as chronic silent inflammation, deficiency states, and heavy metal loading (particularly common with mercury) are found.

How Can We Heal the Body via the Matrix?

Specific approaches for treating and rebalancing the ECM are varied. Acupuncture points, as discussed previously, have a particularly useful capacity to activate and rebalance the ECM. The acupuncture point can be seen as the “window on the matrix system.”

Even minor “injuries”—such as the prick of an acupuncture needle—lead to a clear reaction in the ECM. The puncture affects the tissue around vessels, which is a loose connective tissue richly supplied with autonomic nerves. This puncture makes a wound, if only a small one, and there is a change in potential from the needle to the tissue, which is in a range that can be measured. It’s interesting to note that the smallest injury has the longest-lasting result (at least five days). Electrical stimuli are found to spread restorative effects very rapidly over the matrix system to the entire organism.

Because toxins disrupt numerous functions in our bodies, detoxification of heavy metals and other pollutants is often needed for optimal healing. Bitters (bitter herbal combinations) for drainage of the ECM in Phase III detoxification (this third phase of detoxification involves the transport and excretion of toxins) can be invaluable. Finally, rebuilding of membranes using things such as phosphatidylcholine is a useful addition to treatment.

The most important facets of treatment are:

Eliminating factors such as chronic stress, heavy metal load, excess food, and so on.
Counteracting possible deficiencies of minerals, vitamins, enzymes, trace elements, and so on.
Breaking down pathogenic feedback mechanisms by using acupuncture or similar treatments.

Palpation is a rapid way to perceive changes in the consistency and elasticity of the tissue and to aid in selecting the most appropriate or “active” points for a given treatment. Palpable features in an “active” point include features such as a flat depression surrounded by smoother skin, an area of less mobile skin, and often a heightened painful sensitivity to pressure. These symptoms are not present over normal, nonaffected muscles.

These principles apply to modalities such as acupuncture that apply external forces to the body, as well as movement education such as tai chi and yoga. In the clinic, I find that the combination of acupuncture treatments combined with nutritional, supplement, and detoxification adjustments informed by hair mineral analysis testing (and possibly blood or urine tests to confirm findings) yields the most impressive results. But I’d recommend first calling and checking in with me about your specific situation and health conditions; it may be appropriate to use just one modality in some situations.