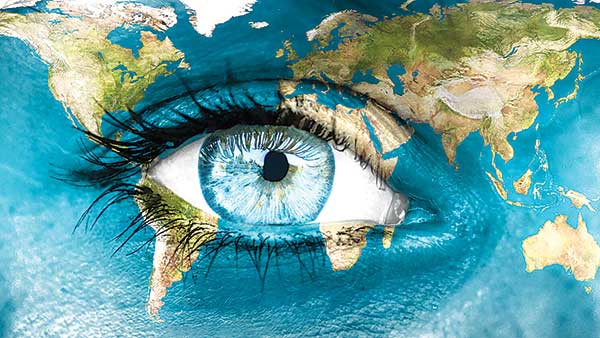 What is America, anyway? 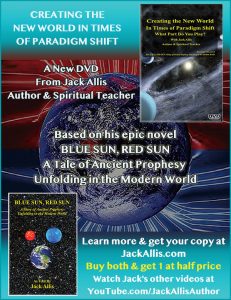 I am going to be talking about traditional mainstream politics here, as in Republican and Democrat, conservative and liberal, and what’s really going on behind the scenes today. So, it’s necessary to disclose which side I am on and whatever bias I might have. I am on neither side. I believe the entire mainstream political system is part of the illusion that is created by the hidden powers that own and control the world, the purpose of which is to trick humanity into a state of unknowing global bondage, known as the New World Order. This is being written in mid-August 2020. We are currently in the sixth month of the crisis associated with the Covid-19 Virus. There is much talk of a revolution in America and the real possibility that the American system will collapse. The time would seem to be ripe for a review of what America is and what’s really going on in the hot world of American politics.

What is America? This is one of those terms that means different things to different people. So, we must be very careful to define what we mean. I know I reveal some of my Libertarian roots here, but I believe America is that country that was created by the original US Constitution, where sovereignty rested with the states, where every citizen was a sovereign citizen of the state where they reside, and where the Federal Government was strictly and specifically limited in its powers of defense, coining money and regulating interstate commerce. The word “sovereign” is important because it means each person is sovereign in his or her own life, as in the king or queen, and nobody can tell him or her what to do with it.

Of course, this is long gone. The US Constitution was torpedoed and sunk once and for all over a hundred years ago. In today’s America, sovereignty rests with the federal government, and specifically with the executive branch of the federal government and all of its unelected agencies, with congress definitely taking a back seat. People have been stripped of their sovereignty and have become wards of the federal government, which you legally are if you have ever signed a 1040 income tax form. Most of America’s laws, at least the important ones, are a result of executive orders from the president, which are deemed legal and necessary because the country has technically been in a state of emergency since FDR in the 40’s, with the beginning of New Deal government spending, and government debt. Once a nation of free and rugged individuals, America has become a nation of people enslaved in an illusion that robs them of their freedom and their spirit.

America no longer exists. And today, amidst the Covid-19 crisis and the urban unrest, it is springing leaks all over the place. But where is all this headed? What will become of America? In order to understand anything, it is always necessary to return to your basic premises. In this case, my basic premise is that the world is owned and controlled by a tiny elite group of people, or beings, whose goal is a global fascist government under their control. This is the top of the pyramid of power, with names like Rothschild, Rockefeller and, yes, Gates. The elite have long feared that a powerful America would probably pose one of the biggest threats to their New World Order scheme. So, for decades, one of their primary agendas has been the weakening of America, possibly even its destruction, if it came to that.

This is why the elite placed Donald Trump on the throne. It is a misconception that American presidents are elected by the people. That’s part of the illusion. They are selected by the hidden powers that run the show, and there are countless ways they pull this off. At first glance, the choice of Trump doesn’t make any sense because he is such a nationalist and an advocate of a strong America with a powerful military. But when you look at the total picture, it makes compete sense. The elite selected Trump because they knew what a polarizing figure he would be. They knew that he was precisely the kind of man who would drive the liberals out of their minds, even to the point of civil and uncivil unrest. And especially since, they also knew that they would be using their prize puppet, the mainstream media, to drive the liberal, Trump-hating message of the media and attack him and assassinate his character every step of the way. Polarization to the point of almost complete dysfunction was the goal – mission accomplished.

As far as the global elite is concerned, everything is right on schedule, going according to plan. And this could also be said for the Covid-19 crisis of the last six months. It’s difficult to think of an issue that more fits the agenda of the elite than this. Just think – it provides the perfect opportunity for a new global power entity, with the authority to regulate issues that are global in nature. This could be a derivative of the UN or some other unelected globalist organization, like the World Health Organization, or it could be something new. Its first duty will be the regulation of international travel, with the screening of people for health risks, which will probably be tied to taking the new vaccine, and to the issuing of a new global ID, like a passport with more clout. And life for those who refuse the vaccine could be made very difficult, like it would be now without a driver’s license or social security number. All of which would be a giant step forward for the New World Order at the expense of national sovereignty and the liberty of the people. This is what lies ahead.

Well, it’s not a coincidence. This has the elite’s fingerprints all over it. It’s all part of the manipulation. And all of this is part of the paradigm shift, the transformation we are currently in the midst of. America has been dead a long time. She betrayed us a long time ago. We should no longer be concerned about our loyalty to her. Nor do we owe any allegiance to the emerging global entities that will soon be tapping on our door. There is only one way out of this mess. We must return to our status under the original Constitution, as free individuals and the sovereigns of our own lives. That is our natural right as free children of the universe. We must break free from the matrix of illusion that enslaves us and reassume complete responsibility for our own lives. We must create our own world, not depend upon theirs.

Creating the New World According to the Ancient Wisdom

Are We Tiptoeing Towards Totalitarianism?