…with All the Streaks in the Sky?

Even on a blue-sky morning, it’s not long before white stripes begin to appear, spread out, and create a milky-white sky. Many people are curious and looking for answers. Chico Sky Watch, your local geoengineering awareness organization, will attempt to clarify the confusion through a series of articles.

The common term for this activity is chemtrails (chemical trails), but the official names are Solar Radiation Management (SRM) and Stratospheric Aerosol Injection (SAI). The official explanation for the artificial cloud cover is an attempt to reduce solar radiation and thereby cool the Earth, according to National Oceanic and Atmospheric Administration (NOAA) and National Aeronautics and Space Administration (NASA). Ironically, NASA has admitted that the Earth’s surface temperature continues to increase despite heavy cloud cover. The clouds act like a blanket that prevents Earth’s heat from radiating into space at night. 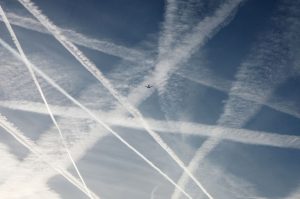 As required by law, more than 200 patents have been filed in the U.S. Office of Patents regarding the chemical spray programs. These patents granted to military contractors (Raytheon, General Dynamics, Northrup Grummond, etc.) include the purpose of the project, the materials to be used and the method of dispersal. 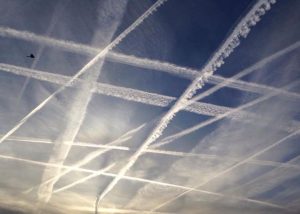 Members of Chico Sky Watch have gathered local water samples from Horseshoe Lake (in Bidwell Park), Teichert Pond, California Park Lake, and the snow pack on Mount Shasta and submitted them for testing to Basic Laboratory, a state-certified lab. The tests revealed that levels of aluminum, barium, and strontium were many times the EPA safety limits. Yet the EPA has not responded when we have repeatedly notified it. For exact results, visit our website www.chicoskywatch.org.

People frequently ask why we don’t hear about this issue on the news. Geoengineering programs once were discussed in magazine articles and news stories, but they now are shrouded in secrecy. Gag orders are in effect on scientists, as well as employees of the National Weather Service and NOAA. Those involved with aerosol spray programs are required to sign nondisclosure agreements. Revealing the truth can be dangerous. 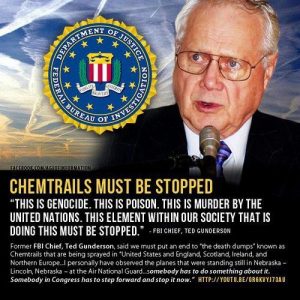 Despite the threats, courageous whistleblowers continue to emerge. As early as 2011, Ted Gunderson, former Los Angeles FBI chief, warned us that geoengineering programs are “death dumps. This is genocide. This is poison. This is murder by the United Nations. This element within our society that is doing this must be stopped.”

More recently, a former USAF officer and bioenvironmental engineer, Kristin Meghan, is speaking out. “My job was to sign off on chemicals coming into Tinker Air Force Base.” When unusually large amounts of aluminum and barium were delivered, she became suspicious when the manufacturer’s names were not included. Her job was to track the purpose of all toxins used on the base, but her superiors would not tell her that. When she continued to inquire, she was warned that there could be trouble if she didn’t keep silent. 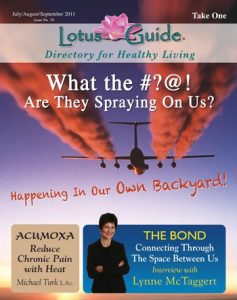 Geoengineering is a multifaceted and complex issue unable to be fully addressed in one article. We plan to continue to help clarify and reveal the effects that geoengineering is having on our planet through the following articles.