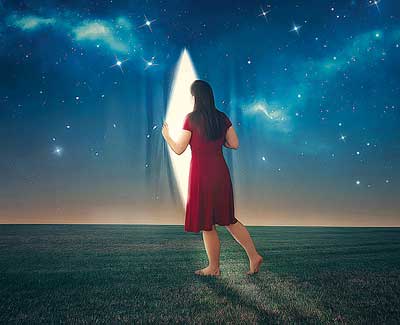 Time for Us to Take Charge!

NOTE From the Publishers of Lotus Guide: The responsibility lies heavily on our shoulders to always be a trusted voice in the community and we know most of our readers are well informed, but we also know there are many who may not agree with the perceptions put forth in this article. All we ask is to do what we always do, research the evidence and read what, at this point, are thousands of doctors and researchers well-thought-out-peer-reviewed research papers and testimonies. Unlike certain social networks we believe in open and honest dialogue that offer different fact based opinions so you, our readers, can have the opportunity to widen your perceptions and come to your own conclusions. Rahasya Poe, Lotus Guide 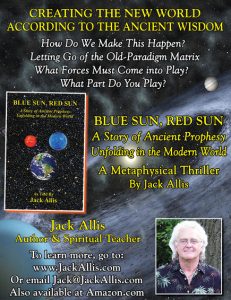 I am an author and spiritual teacher, in the tradition of the indigenous people of this planet, including virtually all the Native American traditions. My message emphasizes the vital importance of breaking free from the illusion of the old paradigm matrix, which is a prison for our minds and our spirits, and focusing instead on creating our own world, in harmony with Mother Earth and the spirit in all things. But lately, I have been compelled to focus on the “not so proportional response” to the pandemic. This is too big an issue, and one that is being used as part of a major power play by the powers-that-be, operating behind the scenes, the purpose of which is taking a giant step forward in the creation of a global government, at the expense of our liberty as free and sovereign beings. We can’t allow this to happen, and the first step is to understand it and not play along.

I have done my due diligence over the last nine and a half months to try to understand what is really going on with the alleged pandemic, as opposed to the lies we are fed by the mainstream media, under the control of the pharmaceutical cartel, and the politicians who play into it. After all this time, the answer is really quite simple, and can be summed up in a few sentences. It has been proven to my satisfaction, by investigative reporter Jon Rappoport (nomorefakenews.com), among others, that the response to the pandemic is mostly a hoax. I say mostly because there does appear to be a real virus out there that’s been identified. People are getting sick and people are dying. Rappoport presents evidence that it is not the Covid-19 virus, which he shows was never isolated and never actually discovered. But whatever it is, in addition to typical flu symptoms, there is also severe respiratory distress, pneumonia-like.

But this is nowhere near the magnitude and severity that we are being told. Rather than a pandemic, it is more akin to a bad flu season. How and why does something like this happen? It all begins with the diabolical picture painted in the mainstream media and by the politicians. We must continually remind ourselves that the mainstream media is owned and controlled by the global elite, those behind-the-scenes powers mentioned earlier, and it is the primary tool of their mind control. It is never to be believed. If you want the truth, you must go to alternative sources, like EPOCH News, Project VERITAS, and many many more.

Add to this the huge inflation of the numbers of those infected or who die by the Center for Disease Control (CDC) and the World Health Organization (WHO), which are considered the foremost authorities on the subject. As I understand it, most of those who die or become seriously ill are people, most elderly, with already existing chronic medical conditions, which could just as well be reported as the cause of death. Those with the Covid-19 Virus alone make up about 10% of the total. And the numbers are further skewed by a testing procedure that spits out false positives at such a high rate that it loses all credibility.

What about the CDC and the WHO? Do they deserve our trust? Afterall, they are the ones who have assumed the power to make all these decisions, along with the Food & Drug Administration (FDA) and Pfizer. But who are they, and where do they get their power from? Today, mainstream medicine has been completely taken over by the pharmaceutical cartel, controlled by the Rockefellers, and part of the global elite. The CDC and the FDA are non-elected agencies of the US Federal Government. Like everything else in modern medicine, they are under the control of the pharmaceutical cartel. As such, they have a vested interest in the pandemic and in the vaccine. Of course, this all started with the FDA quickly and carelessly rubber stamping the approval of the vaccine. One need only look at the FDA’s track record for the last 50 years, which is notorious for approving medications, including vaccines, which later proved to be harmful, some lethal, and not approving other remedies, many of them natural, which were proven to be successful in other countries, not to mention all the toxic and genetically modified food that fills the supermarkets. The WHO is precisely the same, with the single exception that it is not a branch of any national government. Like the UN, it consists of member nations, but it claims jurisdiction over the entire world. Agencies like these tend to become autonomous, as in rogue, because they are not accountable to anyone but themselves.

So, it is the global elite, through the pharmaceutical cartel, who are calling all the shots here. They are using the media and doctoring the numbers to paint a picture that is far worse than it actually is. They are making the decisions to lockdown our world, to destroy our economy, to make America a pawn in the new global order, and to change our world forever. They are introducing a vaccine, which will make them a boatload of money, and though it may not be officially mandatory, those who refuse to take it may be deemed public health risks, and denied access to many public places, making living a normal life impossible.

What can we do to stop this? It’s very simple. Sufficient numbers of us need to see through the disproportional response. And then we need to say no to it. There needs to be peaceful and massive civil disobedience. We need to say no to the lockdowns, no to the vaccine until they prove it to be safe. We need to reclaim our lives. They are counting on us to fall in line with their authoritarian policies. If enough of us don’t obey and submit, the whole thing will fall apart. And then anything can happen, which turns all this into a blessed opportunity.

You can contact Jack at www.JackAllis.com or email him at jackallisauthor@gmail.com