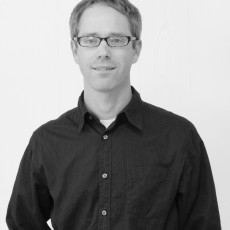 Our bodies normally have an immune system that’s strong enough to fight off all manner of bacterial and viral pathogens. Louis Pasteur called this the “terrain” of the body, and when functioning in its natural, optimal state, it is sufficient to either keep us in good health or to successfully overcome illness in the vast majority of cases. When a chronic infection or illness sets in, it’s likely the result of one of these three scenarios:

Something has to be wrong with the “terrain” of the body to allow these bugs and viruses to hang around and thrive inside us. My job as a functional medicine practitioner is to identify what is poisoning the cells of the liver, brain, nerves, and so on, and to help the body to get rid of the aforementioned junk. Elements such as lead, mercury, cadmium, tin, arsenic, thallium, and aluminum, when accumulated in sufficiently high levels, cause damage to the mitochondria in our cells, which are responsible for producing energy in our bodies. This leads to chronic fatigue and persistence of infections, including Lyme disease. We also can trace many cases of depression, brain fog, and lethargy to heavy-metal toxicity. In treatment, I typically start with a hair tissue mineral analysis (or HTMA) to view levels of both nutritional minerals (including magnesium, potassium, iron, calcium, and zinc) as well as toxic heavy metals (such as lead, mercury, tin, cadmium, thallium, aluminum). Take a look at my article in the Oct/Nov/Dec 2015 issue of the Lotus Guide for the basics on hair mineral analysis.

After reviewing the health trends described by the HTMA, I’m able to point clients to appropriate nutritional adjustments to begin correcting deficiencies. For example, I find many people to be deficient in magnesium, potassium, and other common elements. But minerals such as boron and lithium often are neglected in our diets, despite being extremely crucial for our health.

Lithium occurs in the Earth’s crust in relatively small amounts. Soils in some regions are either naturally low or depleted in this essential trace element, with the result that no lithium gets into our plant- and animal-based foods. Notice that I said “trace element,” though—supplementing with a few milligrams of lithium-orotate per day is completely different from the megadoses of synthetic lithium used for managing some conditions, such as bipolar disorder. One substance is a pharmacological poison, while the other is essential for health. Don’t throw the baby out with the bathwater by confusing the two! I’m talking about taking just enough to get our bodies’ lithium reserves to healthy levels for proper physiological functioning.

Lithium is crucial for:

Boron is an essential trace element that is most easily tested for by hair analysis. Boron is found most plentifully in fruit; if one reduces fruit intake to an excessively low level, boron will become deficient eventually. If your body doesn’t do well eating two to three pieces of fruit daily, you’re probably a good candidate for supplementing with boron in capsule form. Boron is needed for bone strength and maintaining the health of the prostate (healthy levels of boron lead to low levels of prostate-specific antigen, which is a good thing). New research is also indicating an important role of boron in maintaining the health of breast tissue.

With all this talk about eating two to three pieces of fruit daily, you might ask, “What about people with Candida?” It’s best to find the underlying cause of the Candida. It’s often more related to glucose and starches than to fructose (the form of sugar found naturally in fruit). The other main cause of high levels of persisting Candida is mercury toxicity. Mercury kills off the beneficial bacteria, particularly E. coli, in the gut, allowing Candida to multiply out of control. The mercury can come from eating swordfish, shark, and albacore or ahi tuna (fish that are higher in the food chain than fish such as sardines, wild-caught Alaskan salmon, or even the smaller tuna sold as chunk light tuna). Or it can come from the amalgams mentioned previously.

If the patient is exhibiting signs of mercury toxicity, has lots of amalgam dental fillings, or shows high levels of other heavy metals upon testing, a detoxification program is in order. This is best done gradually—one strategy is to work on strengthening the glutathione system in the body, thereby assisting the body in ridding itself of these metals.

After mercury, the second most common substance in amalgam dental fillings is silver. Silver is a sterilizing agent that is toxic to all bacteria, including the beneficial ones needed to keep our human microbiome in healthy balance. When silver disintegrates from amalgam fillings and gets to the gut, it can cause disbiosis, and it may well be causing many cases of leaky gut syndrome, IBS, and so forth. With large amounts of silver stored in the body, no amount of probiotic supplements will be effective until the underlying issue is corrected.

It’s been a great year of working with people from all over this wonderful region we live in. I’ve had the opportunity to help people recover from both nagging health problems and in some cases to simply optimize health and immune function to prevent illness—I look forward to meeting and working with more of you in 2016 to spread good health and help you to live to your full potential!

2 comments on “Why Do We Get Sick”