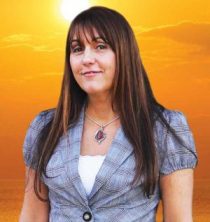 Together We Can Heal the Past

When I first arrived in the United States, I was surprised by how many women’s groups there were—dance, meditation, yoga, healing sessions, all for women only. Why, I wondered, was there such a pressing need to segregate the sexes? It seemed strange, and it took a while before it started to make sense to me.

Women looked for a space in which they could freely express themselves without judgment about what mattered and affected their lives—spaces where the male gaze did not dim their own light and concerns.

What could be termed women’s issues varied from domestic abuse and rape to “boys’ club” protection of institutionalized misogyny on all levels of society: the workforce, the church, the police, academia, and the military, just to name a few. I watched The General’s Daughter (American movie based on a novel by Nelson DeMille) with a mixture of appalled horror and recognition. The atrocities that took place in Guantanamo further revealed the extent of the rampant yet not-uncommon abuse that takes place when the boys’ club mentality goes unchecked. 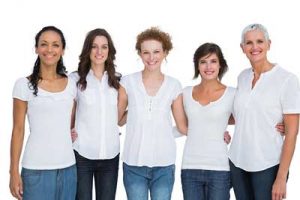 In the ’90’s I watched the movie Shattered Trust: The Shari Karney Story,(starring Melissa Gilbert), the real story of Shari Karney, an attorney, award-winning fighter for victims’rights, and a survivor herself of child abuse and rape, which struck a deep chord in me, as it surely did for many other people. What differentiated her story from those of others who had experienced similar abuse was that she transformed what could have been a silent, tormented existence into one of empowered activism on behalf of other victims. She became a prominent lawyer who helped craft legislation that actually changed the law for child-abuse and rape survivors. Her activism was a reminder of what can happen when women stand up to injustice and work to change the status quo. Visit ShariKarney.com. One woman’s efforts affected the lives of countless others. It is the type of activism that inspires and uplifts others to change the world around them on not just a macro- but a micro-level as well.

When women such as Kathleen Hallal, whom I met in Nevada City,
rise up in their communities to change something that affects them on a personal level, such as the use of pesticides in their child’s schools, they create a momentum for change in not only their lives but in others’ lives as well—visit MomsAcrossAmerica.com. These pioneering women are often unaware of the powerful ramifications of speaking out against a particular issue. Rape is an extreme example, though not an uncommon one, yet there are so many so-called small issues that concern women and their children (including children who grow up to be men) that are relegated to the sidelines or ignored altogether until a woman decides to do something about it.

This column, like the women’s groups that harbor and serve as safe spaces to share their concerns, issues, and stories, will be a sharing platform. I will interview and open a space for women who inspire others through activism—women who have had a harrowing experience and have come out of it, if not unscathed at least the stronger for it, and women who wish to have an open conversation about something that matters to them, large or small. I am certain that it matters to others as well.

Recently, in my own family, I witnessed a traumatic birth that shattered the woman’s psyche in the process. Perhaps it could have been avoided, perhaps not. The impact of this experience has been painful for her, for my family, and for me personally, and it is an issue that I wish to explore here in a future column. For instance, it would have helped to have been informed about the possibility of postpartum depression/psychosis. By sharing the story, I hope to help prevent it from happening to others and to discuss ways in which it can be coped with in a healthy, holistic manner. Depression, isolation, and alienation are common in many women’s lives. On a societal level, mental/spiritual health is still a taboo subject, and awareness of it, as well as an ongoing dialogue about it, is vital to all. I feel a call to speak up to help to protect our children who for so long have been abused physically, emotionally, and spiritually. And I see not only men cover up for each other but also women, such as wives, mothers, coworkers, and nuns, who are so afraid to stand up to play the role that every woman has the power to achieve, to be the guardian of her loved ones.

As women, we all have our stories and our shared burdens. I wish to relieve some of this burden by doing something that often comes naturally to us: sharing our experiences. From woman to woman. I welcome you to join me in our journey and celebrate the women in our life!

“If you can feel, you can heal”

And I add, If we can talk, we can feel…So let’s talk about the things we need to talk about with freedom.

has never been greater and it will take all of us working together as human beings to heal the past.